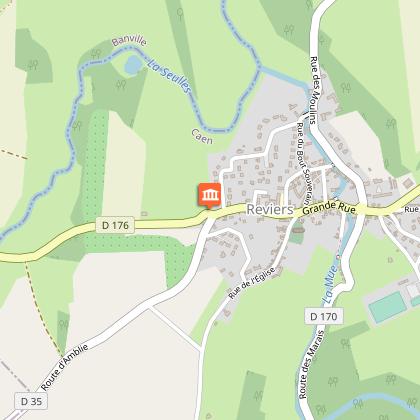 This large field provides every winter a fabulous spectacle: the phenomenon of the white marshes. From November onwards, the abundance of winter rainfall causes the river Seulles to overflow its banks; the area then becomes an immense body of water, amirror where the light is reﬂected. It is a natural and profitable phenomenon since the riverbeds spread over the fields to fertilize them. The day after the D-Day landings, a military hospital was established there. In order to care for the wounded, the allies had developed an ingenious system to capture water from the River Seulles and brought it to the hospital. In order to protect this hospital from bombardment, many neighbouring houses had white sheets decorated with red crosses.