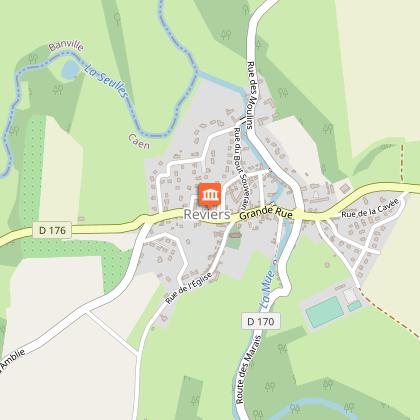 Seat of the town hall since 1996, this édiﬁce was originally a hospice/hospital known as Le Chêne asylum. This asylum was built according to the will of Mr Le Chêne, a rich merchant in Paris who died without an heir. It was in operation until 1941, when the Feldgendarmerie requisitioned the premises. A watchtower overlooked the asylum during the Occupation.