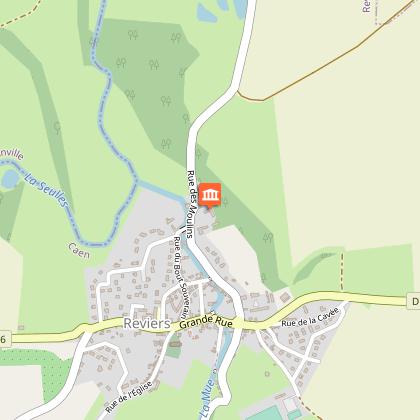 Built in the 19th century, this castle was bought in 1875 by Albert Michel (oyster trader on Courseulles). Sold to a British man in 1918, the castle and its garden were embellished and were sold in 1957 to the town of Chesnay which then used the premises as a holiday camp. The town sold it in 1980. Today it is a private property. The association Tralal'air organizes many events and brings the castle back to life.