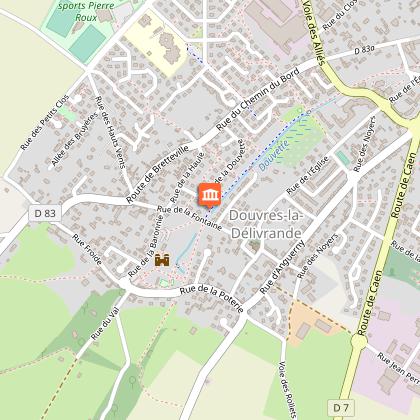 This path along the Douvette river is named after a famous character. It is a Osbern's son who, thanks to Odon de Conteville (half-brother of William the Conqueror and bishop of Bayeux in the 11th century) became archbishop of York in England in 1071, after having been treasurer of the church of Bayeux. Thomas Osbern will henceforth be called Thomas of Dover because of his place of birth.