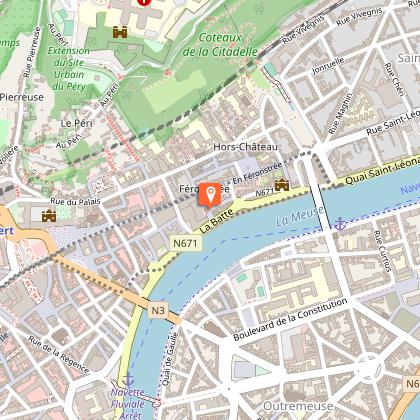 Hortense Montéfiore-Bischoffsheim offered the City of Liège eleven fountain-drinking troughs, installed in 1889. She repeated this donation in 1891 by offering ten new fountains, which were crowned by a water bearer, sculpted by Léopold Harzé. Of these two donations, only one series has been conserved. The distinctive feature of these fountain-drinking troughs, simply called Montéfiore fountains, lies in their basins intended for quenching animals’ thirst. The name of their benefactor is still visible on the rim of the larger basin on each fountain.