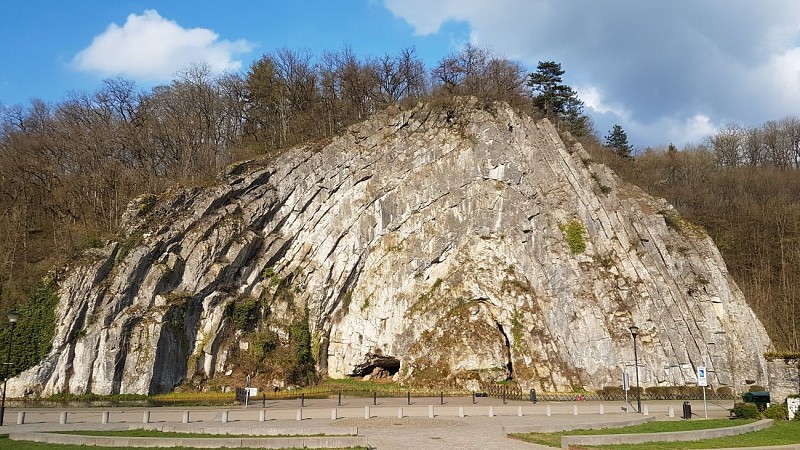 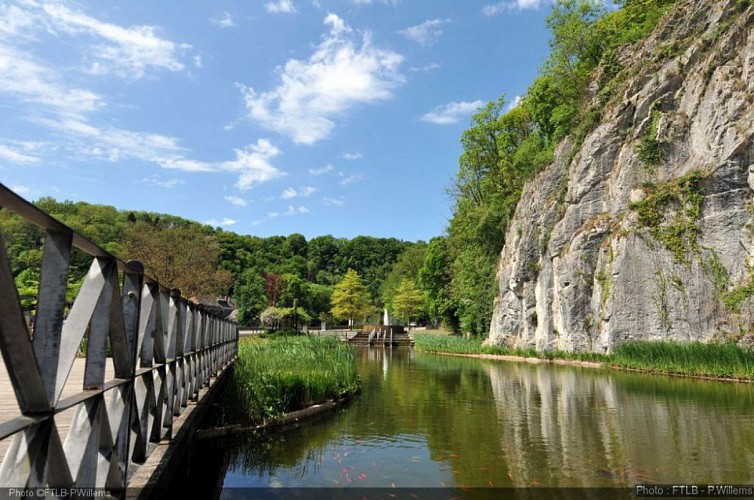 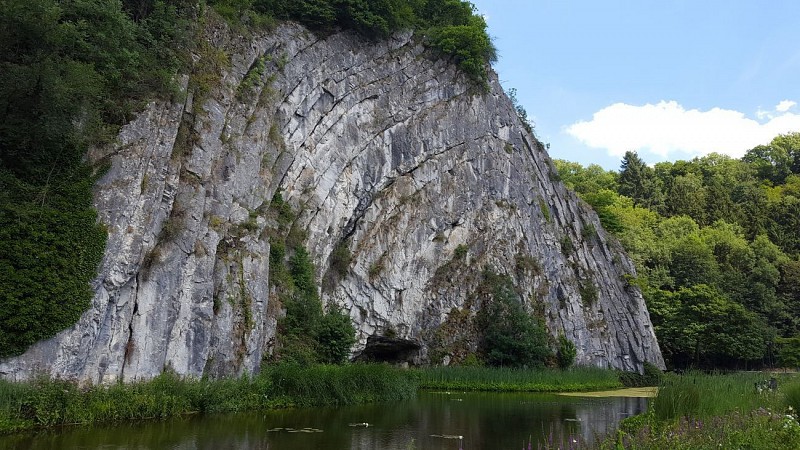 You are now standing in front of the Durbuy Anticline, otherwise known as the Rocher de la Falize (Al Rotche al Falèye), also otherwise known as the Omalius Anticline in honour of the famous Belgian geologist Jean-Baptiste-Juliend’Omalius d’Halloy(1783-1875). It was he, one of the pioneers of geology in Belgium and Northern France who, in 1807, first described the rock in a scientific journal. The anticline is a geological phenomenon, unique by virtue of its situation, its size and its ease of observation. So, now for a brief geology lesson. The Omalius Rock is what is known as an anticlinein geological terms. An anticline is an A-shaped fold in a rock layer. Its inverse, a V-shaped fold, is known as a syncline. It is made up of well-stratified Frasnian limestones. Going back in time to the Frasnian stage, between 385 and 375 million years ago, the Geopark lay beneath the southern tropic in a warm ocean. The ocean bed was made up of alternating deposits of carbonated mud and layers of reef-building organisms (corals, sponges, etc.), forming horizontal banks. In order to take on the folded appearance we see today, these banks had to be forced out of shape. This forcing occurred when the earth’s crust was compressed. In Belgium, this happened when a mountain chain was formed some 320 million years ago (the Variscan orogeny). When the force of the pressure became too great, the banks snapped. The resulting mountain chain was subsequently eroded away to a flat, featureless surface known as a peneplain. Rivers then incised their way into this rocky base to form the landscapes we see today.