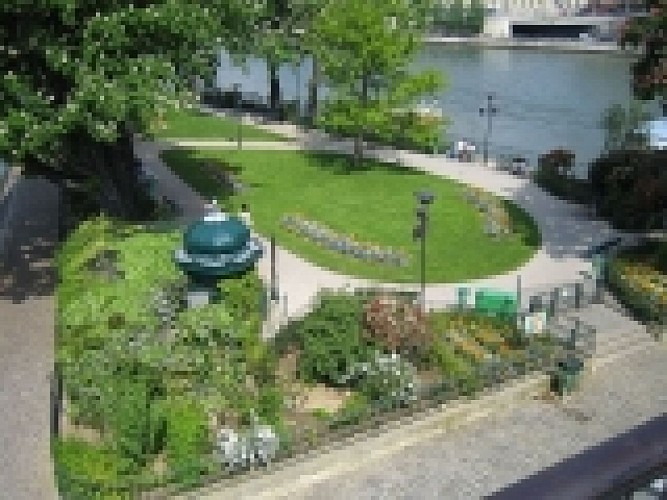 Created by the meeting of several small islands of which the island to the Jews (where were burned the last Knight Templars) and the island of the Patriarch. The public garden owes its name to Henri IV, nicknamed the "Vert-Galant" because of his numerous mistresses in spite of its advanced age. The public garden is dominated by an equestrian statue of Henri IV resting on the Pont-neuf (which separates the public garden besides from the island). A commemorative tablet calls back besides that it is in this place that took place, March 18th, 1314, executions on the stake of two higher dignitaries of the order of the Temple, Jacques de Molay and Geoffroy de Charnay. Before welcoming a public garden, 2 665 m2 were devolved to baths by 1765, then to café with live music in 1865. This one was destroyed by a flood in 1879. The public garden welcomes a fountain Wallace with button. In 2007, it obtained the label " ecological green spaces " awarded by ÉCOCERT.  Source : Wikipédia