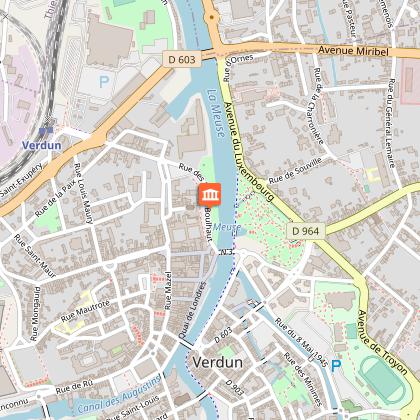 Representing a wounded warrior supported by a winged Victory, this figure group by the sculptor Rodin was proposed in 1879 as an entry in a competition organised by the Conseil Général of the Seine, to commemorate the resistance of the Parisians against the Prussians in 1870. Felt to be too violent for the time, the statue was not adopted. In 1916, the Netherlands government asked for permission to have a bronze copy cast, to offer it to the city of Verdun. The order was completed in 1920 and the statue installed at Verdun, firstly in De la Roche Square at the Saint Paul Gate, and later, on Frères Boulhaut Promenade.