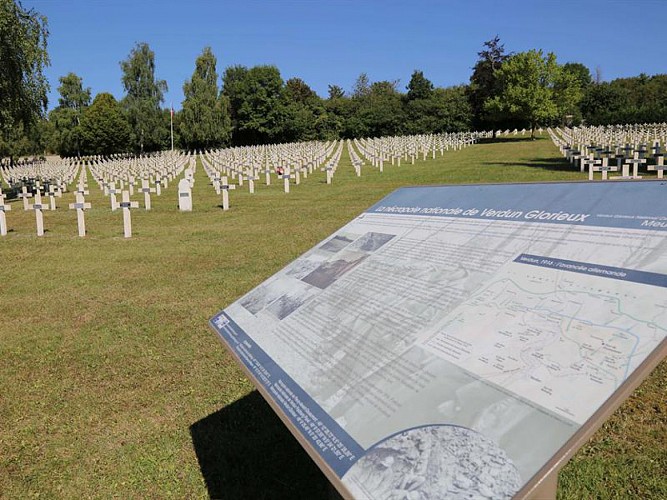 Verdun "Glorieux" National Cemetery holds the remains of soldiers who died for France during the battles in Verdun from 1916 to 1918. Established in 1916, the cemetery was redesigned in 1967 to accomodate the bodies of other soldiers who fell in the sector of Verdun, including those exhumed from Froméreville Cemetery in 1983. Covering 20,579 sqm, the bodies of ever 4,000 French soldiers and British soldiers killed between 1914 and 1918 are buried at the cemetery.