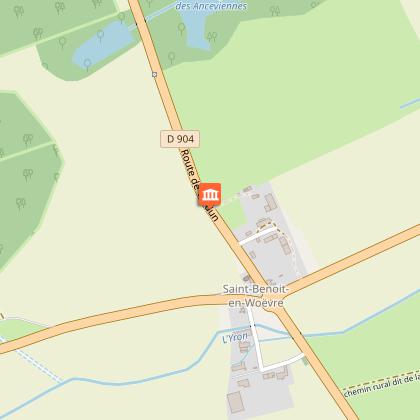 Founded in 1128, the abbey of Saint-Benoît-en-Woëvre is a Cistercian establishment. It was rebuilt in the 18th century in classical style in a location that was out of line with the original. Since the Revolution this building was closed. The abbey remained in good condition until the First World War. During the Battle of the Salient de Saint-Mihiel, the building was used as a German command post. The building was bombed and razed during the fighting. Today you can only see the facade of the abbey of Saint-Benoît-en-Woëvre.