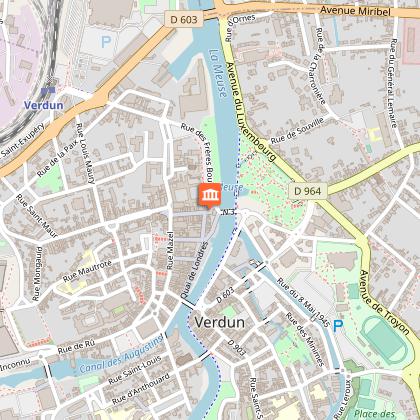 This fortified gatehouse served as the official entry to the city ever since its construction in the 14th Century, as part of the Grand Rampart which surrounded Verdun in the Middle Ages. The gatehouse was offered to the city by Wautrec, a rich citizen who was an alderman. It symbolised the new status of Verdun which was made an “imperial free city” in 1374. By this the city was obliged to maintain its own ramparts and to look to its own defence in the case of an attack.