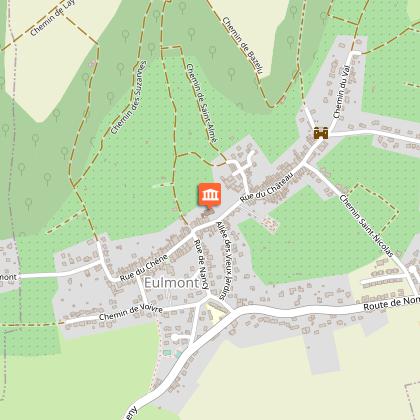 15th-century flamboyant Gothic chancel, nave more recent with wooden vaults. Organ built in 1842 and situated in the gallery above the entry, made by Nicolas-Antoine Lété, restored in 2000 and 2001, very classical woodwork organ case, it is the only instrument known with a 54 notes fingerboard by Lété, and one of the first example in France.