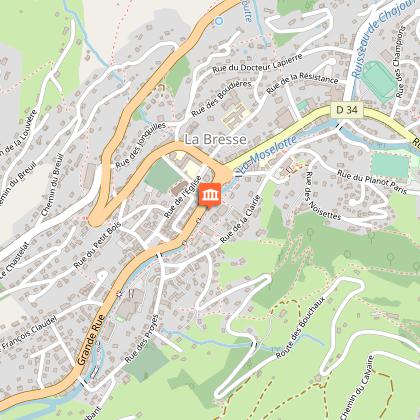 THE SCULPTURES OF LA CLAIRIE

Each year, the town of La Bresse hosts the Camille Claudel International Festival of sculpture. The first edition took place in 1990: it was then a festival of woodcarving. The sculpture "L'ange de la paix" by the artist Ilme Kulde (Estonia) was performed for this first festival. Purchased by the city, it became the emblem of the festival. Between 1998 and 2000, the festival opens to the stone carvers, then metal.