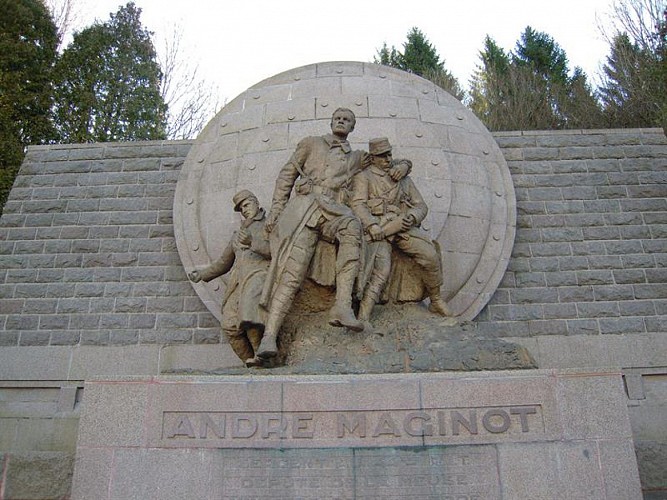 Contrary to the way the mobilisation plans were drawn up, many soldiers in the reserve rubbed shoulders with their comrades in the regular units. There was one regiment, the 44 th Territorial Infantry Regiment, which welcomed into its ranks the Member of Parliament for the Meuse, a certain André Maginot. Joining up as a volunteer in 1914, he quickly rose to the rank of sergeant, and led patrols into enemy territory. His boldness almost cost him his life, on 8 November 1914, near the Bois des Hayes. Seriously wounded, he was saved with difficulty by his men, but had to undergo medical treatment for many long months. After the Armistice, he once more took up his role of parliamentarian, as Minister for Pensions. Thus he presided over the ceremony on 10 November 1920 within the tunnels of the Underground Citadel of Verdun, when the Unknown Soldier was chosen. Falling ill with typhoid fever, he passed away in 1932, at the very time when he was busy preparing the ground for the new line of fortifications, intended to defend the North-East of the country – and which would be named after him. Three years after his death, President of the Republic Albert Lebrun inaugurated the monument by Gaston Broquet, which is let into the massif de Souville. Against the background of a warrior’s shield, the statuary group represents the scene on 8 November 1914, with two of his brave men carrying the wounded Maginot to safety on a Lebel rifle.