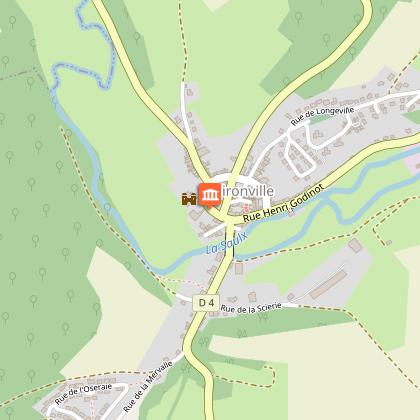 In the 16th century, the aristocracy of the Duchy of Bar owned country-châteaux in the "Vallée de la Saulx", a few miles away from Bar-le-Duc. In 1506, Pierre Merlin, auditor of the Duke of Bar, had his castle built in Haironville. The general architecture of the castle de la Varenne is sober, the proportions very harmonious. The pigeon-house, a royal privilege, ends the left wing, proud of its 3000 pigeeon-holes. In the main hall, both the magnificent and rare Renaissance stone panelled ceiling and the 18th century main staircase are vivid witnesses of the history of la Varenne. The grounds, surrounded by the river "la Saulx", include a terrace in the French style and a romantic park with remarkable trees.