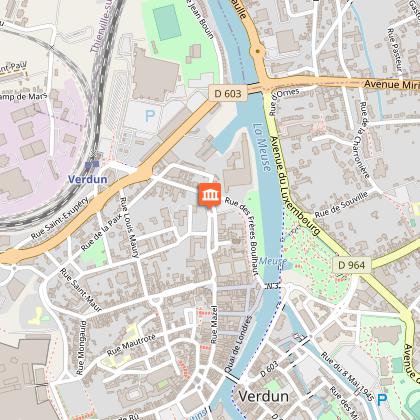 Added to the ramparts in the 19th Century, it is composed of two arched passages (entry and exit), each one protected by a drawbridge. The Gate allowed the Army conscripts arriving at the Station to enter the city centre, and reach the Jeanne d’Arc Barracks. In the 1920s the ramparts around the lower city, weakened by the bombardments of 1916, were pulled down. The only surviving remnants are the Saint-Paul Gate along with the Tour Chaussée. The former has been decorated with commemorative plaques dedicated to victory in the Battle of Verdun and to the reconstruction of the city.