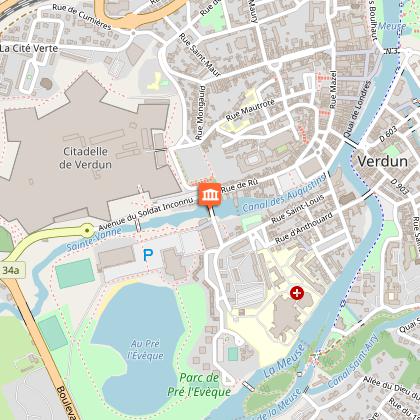 The Saint-Amond Lock Bridge is one of three such constructions conceived by Marshal Vauban in the late 17th Century, to reinforce the South-Eastern part of the city’s defences. The bridge contained the mechanism to flood the upstream sector, to prevent an enemy’s artillery from coming within range of the city. Finally completed in 1867, it is the only remaining example to have survived the tumultuous history of Verdun. It is well preserved, and the machinery to set in motion the flooding is still in working order.