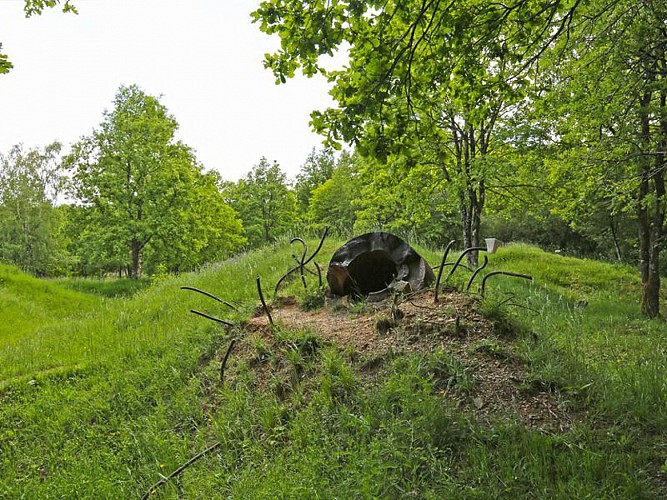 Captured and lost again several times by both sides, the crest of Thiaumont featured a farm to the East, and an ouvrage to the West built in 1887 and later reinforced. Today between these two points rises the great Ossuaire de Douaumont. On 23 June, a massive German offensive swept over the crest, burying the ouvrage under a deluge of shells. Today only metal rods and scattered chunks of concrete remain.