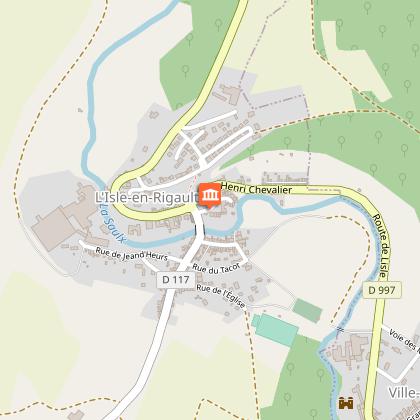 Standing within a meander of the River Saulx that provided natural protection, Lisle Castle dates from the 12th century. It still has its mediaeval moat and Gothic doorway. 18th-century features include its Rococo wainscoting, its pillars, a rare painted fireplace and a fabulous painted ceiling above the staircase.
It was the Le Besgue de Nonsart family from Vitry-le-François, which settled in the Bar area in the mid 16th century, that commissioned the decorative features listed as historic monuments in 1994.
These heritage features were forgotten about for many years. Now the castle's owners reveal not only the decoration but also a history linked as closely to the history of the Bar area as it is to the history of Lorraine and Champagne.

Guided tour only. From May to October, guided tours are available outside normal opening times, with advance booking.