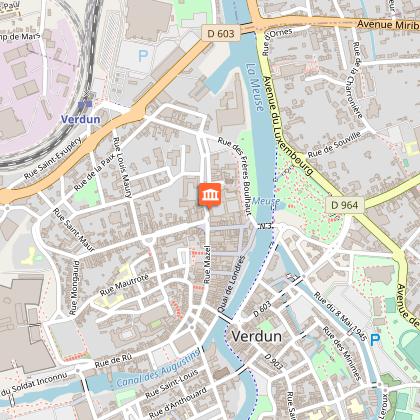 This chapel was built in the 18th Century, and was formerly the chapel of the Jesuit College, established in Verdun in 1570. It was dedicated to Saint Nicolas because it was built on the former site of the medieval Saint Nicolas de Gravière Hospital. It also bears the name of an adjoining college, in memory of the Buvignier family, notable citizens of Verdun.

The marks left by the impact of shells and shrapnel which damaged the building in the course of the two World Wars,
the attractive night-time illumination of the facade.