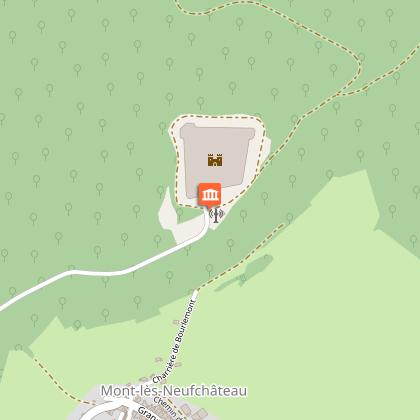 The Fort of Bourlémont is a major component of France's Eastern border defense structure. Founded by the general Séré de Rivières between 1878 and 1881, more than 2,000 workers were needed for its construction. The Fort was protected by hills of earth which enabled it to withstand black powder shells' impact.

The armies' strategy to enter the Fort was to slow the enemy down and to force him to use the gap of Charmes (a free way between Toul and Epinal) so as to better prepare the defense of the edifice. The latter is an isolated barrier fort that can be defended from all directions and was intended to protect the road and rail intersections in the Neufchâteau area, and the valleys of the Saônelle and of Midrevaux. However, with the emergence of melanite, these protective structures were no longer effective.

The Fort has kept its original features such as its beautiful 19th century bricklaying and it will allow visitors to discover the life of the troops at the end of the 19th century.
You can also visit the Fort in a funny way with Ludo and the 'Fort aux Enigmes' ('Fort of Riddles') with its numerous activities and games for the whole family.