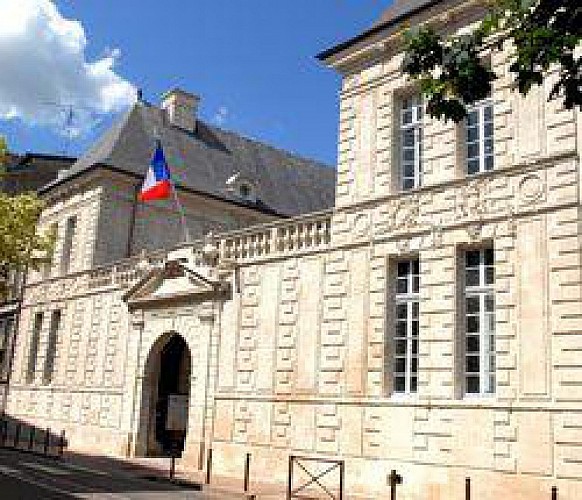 Completed in 1623 for Nicolas Japin, supplier of gunpowder to French King Louis XIII, this superb private residence was inspired by the Parisian building style of the 17th Century. As with the Citadel which was built at the same time, it was one of the initial milestones in the French administration’s presence in Verdun. It was purchased in 1744 by the City Council. And it was here, where so many important decisions were taken, that the tragedy of the death of Commandant Beaurepaire was played out in 1792. The building suffered a fire in 1864 which necessitated restoring its roof. In 1916, braving the bombardments, the Sapeur-Pompier Regiment tasked with dealing with outbreaks of fire in the city, set up their base in the cellars of the Town Hall. The Medal Room displays the 26 French and foreign medals given to the city in 1916 at the height of the Battle.