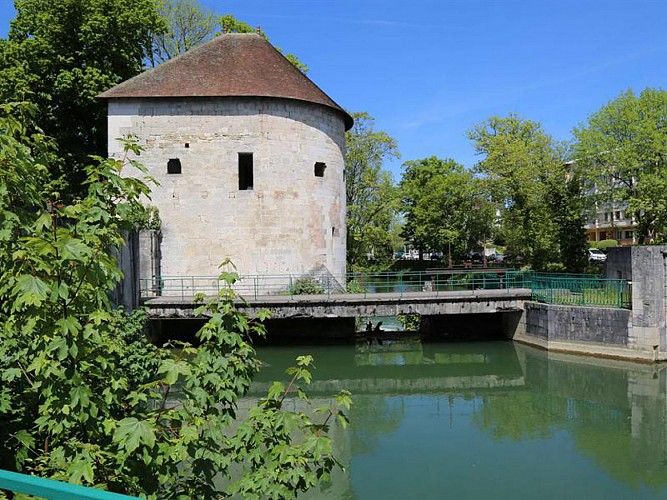 TOWER OF THE PLAIDS

Built in the 14th Century, it was part of the Grand Rampart around Verdun. Horseshoe-shaped in plan, it is also known as the Puty Tower. The name “Plaids” comes from the court sessions which were held in the tower during the Middle Ages.

See also : The old rampart bordering the Puty Canal and the Islot Tower.

NOTE : The Puty Canal flows underneath the Tower of the Plaids. It is one of the many branches of the Meuse. These canals remind us of the period when the tanners’ workshops, involved in work for the Army, formed an important sector of the industrial activity of Verdun.