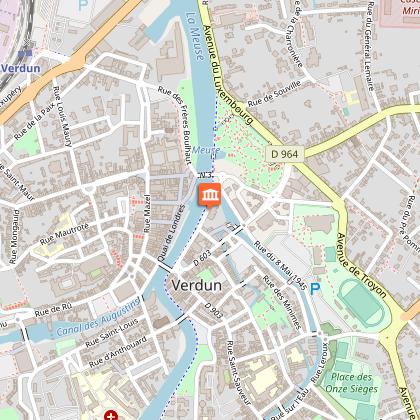 Built on piles at the end of the 19th Century, the Officers’ Mess was one of the buildings essential for the life of the garrison. It was offered to the Army by the contractors who built the forts, ouvrages and gun batteries which encircle Verdun. In 1890 the population of Verdun counted as many military personnel as there were civilians. Several barracks are still to be seen in and around Verdun.