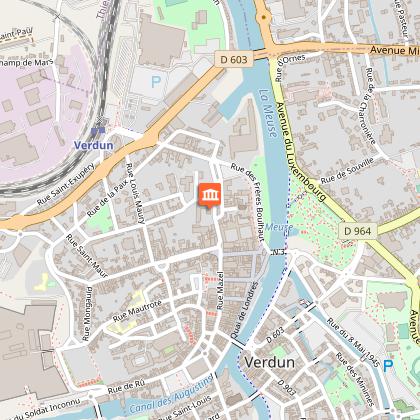 The first abbey dedicated to Saint Paul was built in the 10th Century outside the city ramparts, on the spot where the sixth Bishop of Verdun, Paul, was buried. It was attacked by the citizens of Verdun in the 13th Century during a dispute with the current Bishop, then demolished in 1552 on the orders of the King of France. It was rebuilt on the present site in around 1560, then remodelled for the third time in the 18th Century. The buildings of the former Abbey are shared by the Sub-Prefecture and the Court of Justice.
NOTE : The library of Saint Paul’s Abbey is now the Cloche d’Or Hotel.