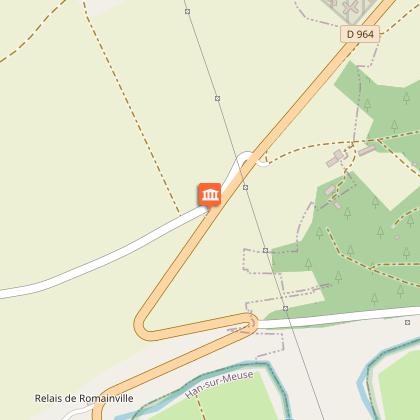 Landmarks of Paul Moreau-Vauthier (1871-1936), soldier in the war and artist.
They mark the front line of July 18th 1918.
There are 118 landmarks, 96 in France and 22 in Belgium.
Carved in pink granite, at the top is a French helmet (Belgian of British according to the areas) laying on a laurel crown. The different faces show scenes representing a gas mask box, a barrel and some grenades.
The Vauthier landmark of Flirey also reads "Georges Washington".