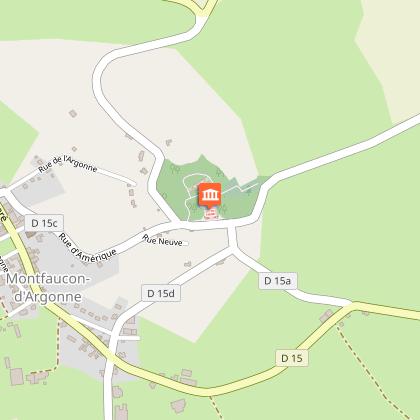 The monument commemorates the Meuse Argonne offensive and is situated 10 kilometres from the American cemetery. The American 1st Army fought the last major battle of the war here, forcing the German army to retreat after 47 days of fighting between the 26th September and the Armistice on the 11th November 1918. The monument was erected and is still maintained by the American Battle Fields Commission. The granite column is 58 metres high and bears a carved figure symbolising liberty. From the observation platform at the top, there is a magnificent view over the Meuse Argonne battlefield where the American soldiers fought their greatest battle up until that point in their history.