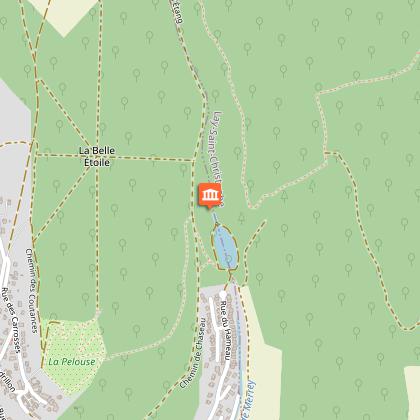 Only the Chanoinesses covered walkway remains of the former Abbey of Chanoinesses, also known as “Dames”, founded by Gauzelin of Toul in 935. In 1750, the “Dames” of the abbey dug up 300 lime trees from the forest and planted them on the lawn, creating a series of alleys forming an eight-pointed star. The site is open to the public and is a pleasant, accessible place to take a stroll.