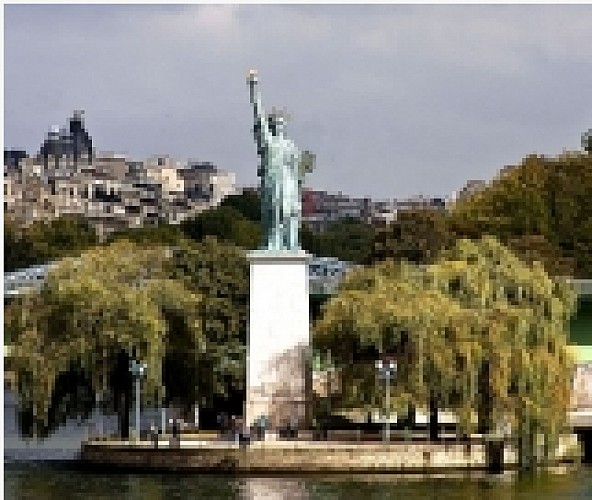 Statue of the bridge of Grenelle

The Freedom of the bridge of Grenelle is a reduction of the statue set up in New York. Given by the American colony of Paris to the City, she was originally intended for the decoration of the place of the United States. The monumental bronze joined the bridge of Grenelle for the World Fair of 1889. It was separated from the bridge, the summit of one of the piles of which it occupied, at the time of the reconstruction of the work in the 1960s and installed then on a base isolated at the forefront of the path of swans. Originally turned to the upstream and the center of Paris, the statue is turned to the mouth today.