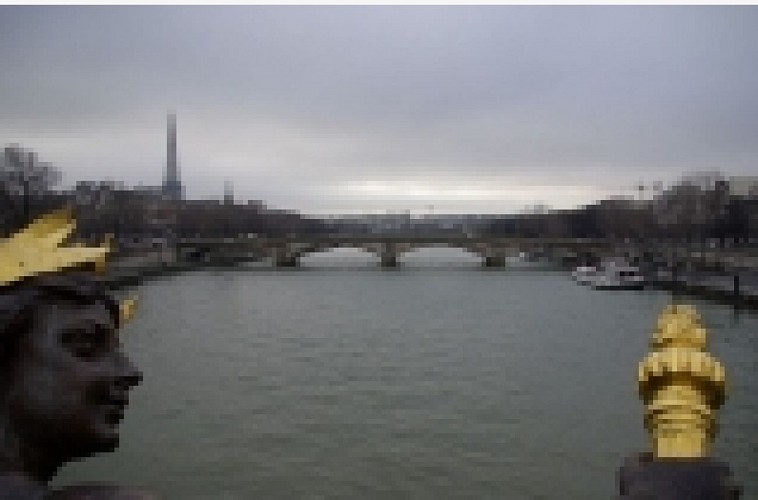 Statue of the bridge of the Invalides

The bridge of the Invalides was reconstructed in 1855 on the occasion of the World Fair organized in the Champs-Elysées. The median pile is of use as base to two faces of Victoire, symbolizing, the one, the upstream side, ground Victoire and the other one, the side approval, maritime Victoire. They are due to Victor Vilain and Georges Diebolt and make a reference to the military successes taken away by Napoleon III in Crimea.