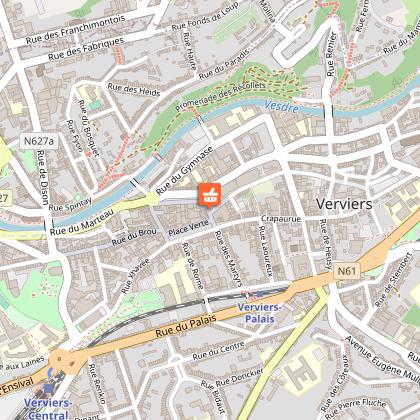 Initially, the canal was a diversion of the Vesdre to supply water to the plants not located directly on the river. Subsequently, as industry grew and developed, the banks were used to wash wool and fabric. So the original course was modified and in some places, it was doubled or even tripled. As a token of the old canal that was filled in about a century ago, the Town of Verviers put in a new monument in June 2000: a reproduction of the old canal measuring 86 metres long and 2.5 metres wide.