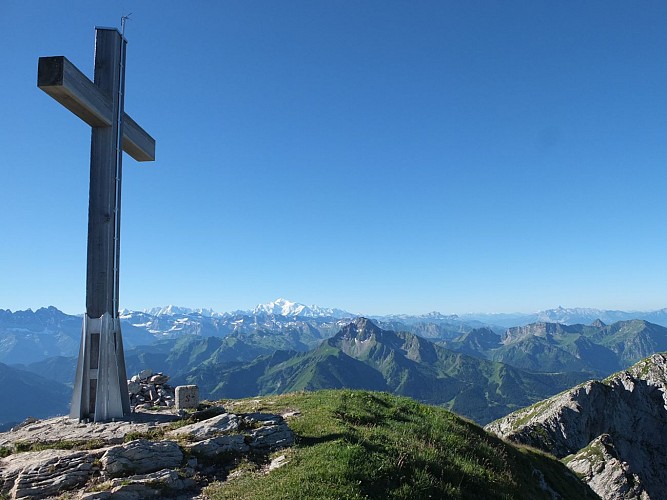 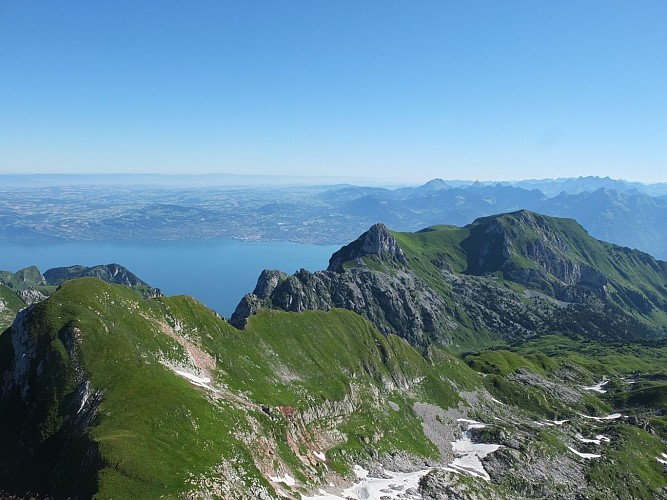 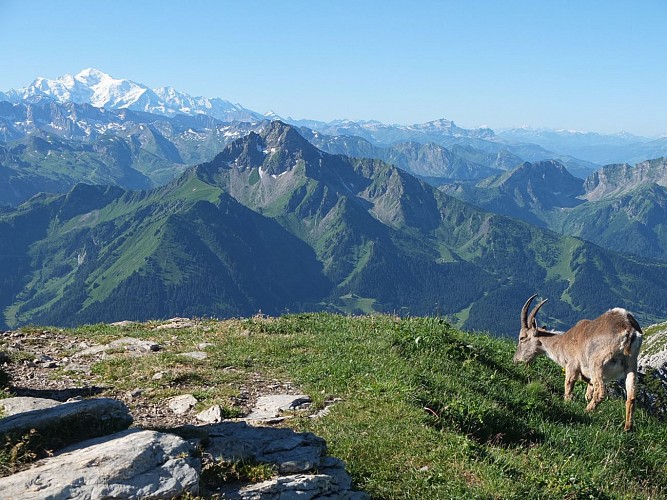 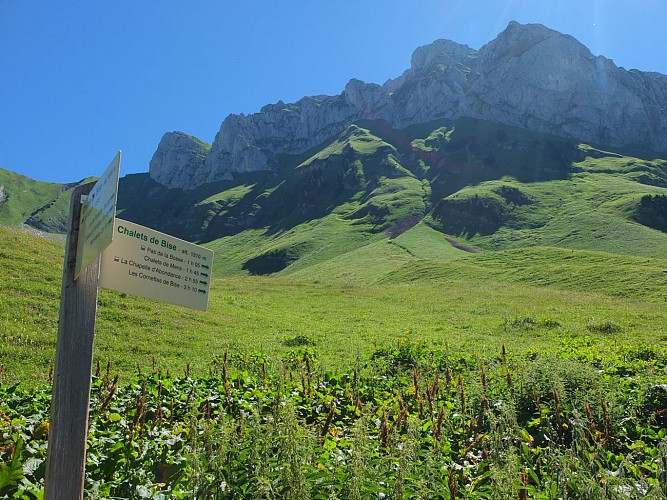 The Cornettes de Bise massif is located between the Abondance valley and the Tanay valley, in Switzerland. Located in the town of La Chapelle d'Abondance, it peaks at 2432m above sea level and is part of the Natura 2000 network.
Like the Dent d'Oche, the angular reliefs of the Cornettes de Bise are composed of hard limestone rocks. The slopes are steep or even steep, the rocky bars and the numerous scree.

On this massif we come across chamois, mouflons, golden eagles and in particular Alpine ibexes whose population (border) is estimated at around 700 individuals. Certain species, such as blue thistle are also abundant on the site, but nevertheless rare in France or in Europe.

By decree of August 2, 2013, the Cornettes de Bise, as well as the Dent d'Oche and their surroundings on the territory of the municipalities of Bernex, La Chapelle d'Abondance, Novel and Vacheresse have become a "classified site" because of their character picturesque.

A classified site is a remarkable natural space whose historic, artistic, scientific, legendary or picturesque character calls, in the name of the general interest, the conservation in the state as well as the preservation of all serious attacks (destruction, alteration, trivialization ...).

Natura 2000 is a network of protected natural sites across Europe, identified for the rarity or fragility of their wild species, and the natural habitats that house them. The objective is to preserve the biodiversity of these spaces in the long term without banishing all human activities and to enhance the natural heritage of this territory. Natura 2000 is not a nature reserve in the strict sense.

All year round.
Summit accessible by hiking only, generally from mid-June to mid-September, dates which may change depending on weather conditions. Check with tourist offices or Mountain Guides before any access attempt.