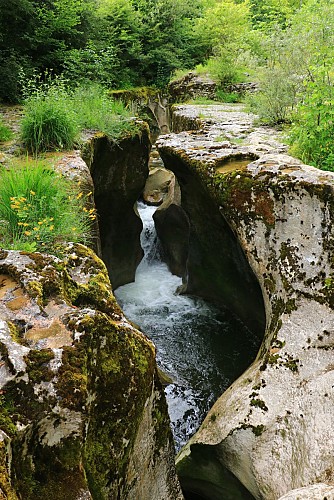 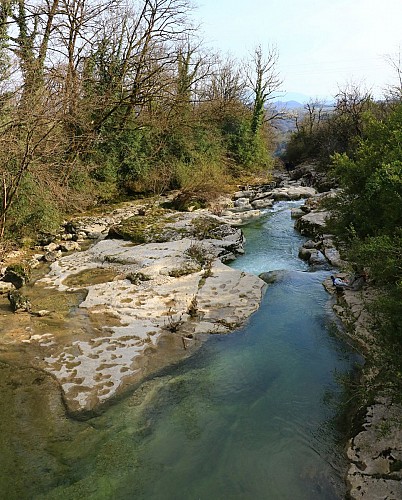 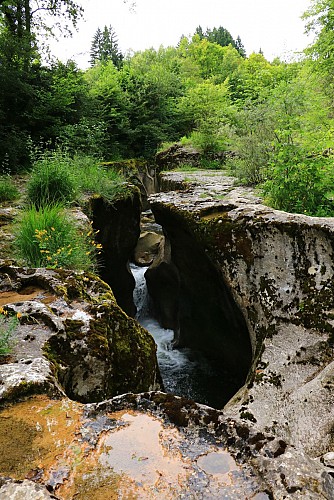 An unspoiled site nearly half a kilometre in length, where the Séran has hewn out a succession of potholes linked by deep, narrow clefts in the rock down which roaring water cascades.
This site is part of 32 sites labeled "Espaces Naturels Sensibles" (ENS) in the Ain department. In the context of the "Schéma départemental des espaces naturels sensibles" (SDENS 2012-2017), these areas are intended to be preserved, valued and opened to the public, offering thus exceptional supports for the department promotion.
A stone pavement forms a bridge over one deep pothole, providing access to the path to the former railway station of Vieu. The gorges are located close to the hamlet of Belmont, and are part of a hiking trail named Les gorges de Thurignin.