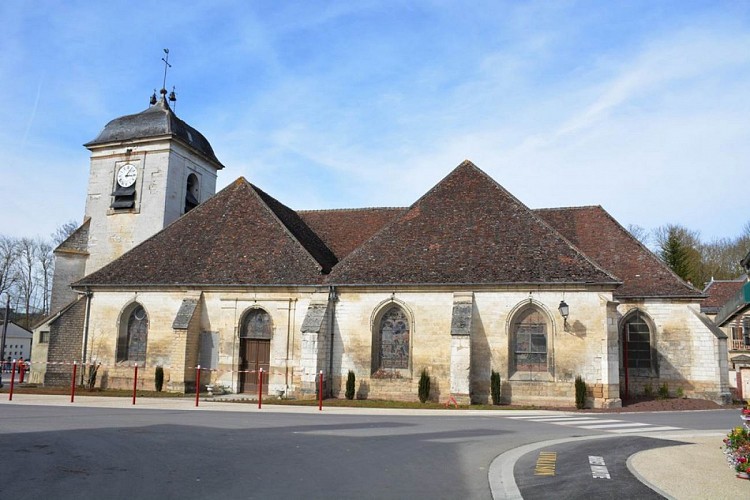 This church occupies the central point of the old village, originally surrounded by the old cemetery, it has been enlarged over the centuries.

Outside, a tumultuous slab pays homage to Jean Verger (wheelwright, who on Boxing Day 1774, delivered the country from a rabid wolf who had already bitten about thirty people, his fingers chopped off by the wolf's bites, he died of rabies on January 27th 1775).

Some parts of the church date back to the 13th century, others to the 15th century; finally most of it was built in the 18th century.

The High Altar of this church is made of multicoloured marble, it belonged to the Collegiate Church of St. Stephen of Troyes, which was suppressed during the Revolution. Not far from the confessional, a 16th century statue represents the Bishop St-Loup de Troyes and a bas-relief represents the "Sleep of Mary".