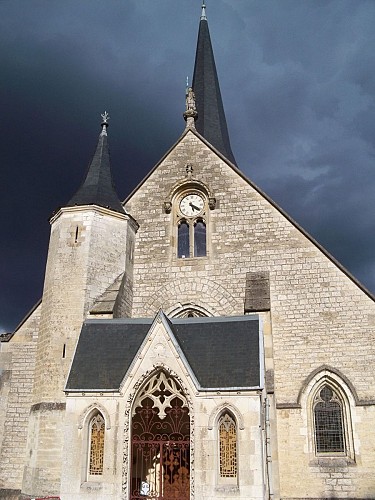 In the centre of the town, opposite the town hall, the church of Saint-Julien-de-Brioude honours with its dedication this Roman soldier martyred in Brioude in Auvergne.

Originally dated from the 16th century, it was rebuilt between 1871 and 1879 using the neo-gothic style. Classified as a historical monument in 1981, its furniture is also of great craftsmanship, notably polychrome and gilded sculptures, a Piéta and a Christ of Mercy - attributed to the Master of Chaource, have both been classified as historical monuments as objects since 1908.