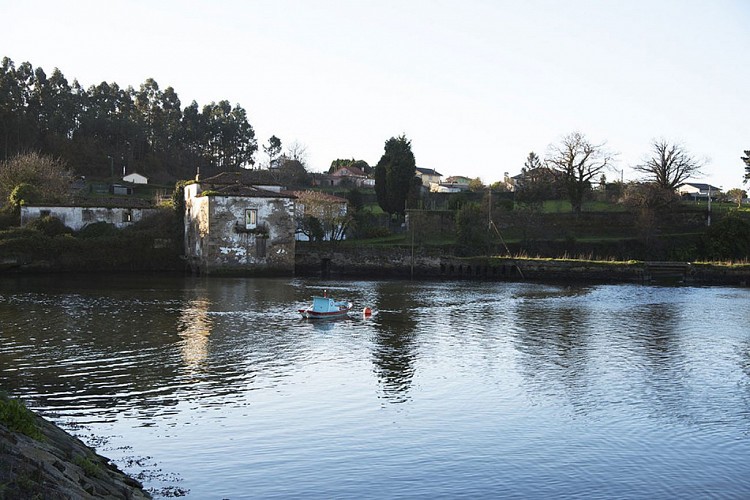 This tide mill, built in the eighteenth century, belonged to the important French milling network, together with the mill in Xuvia; both of them were declared Royal Factories by Charles IV in 1798. This mill used a combination of the force of the rivers and the tides as its driving force, by means of the water accumulated in its monumental dam, the largest in Galicia and in the whole Iberian Peninsula. This enabled the mill to process vast amounts of wheat. It was the last large industrial mill to cease its activity.