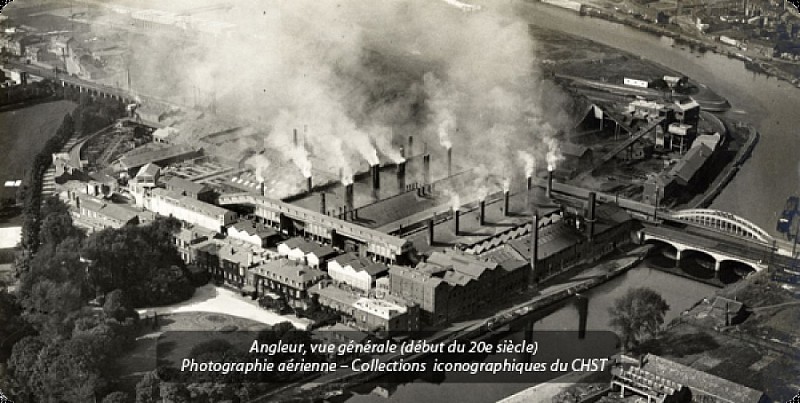 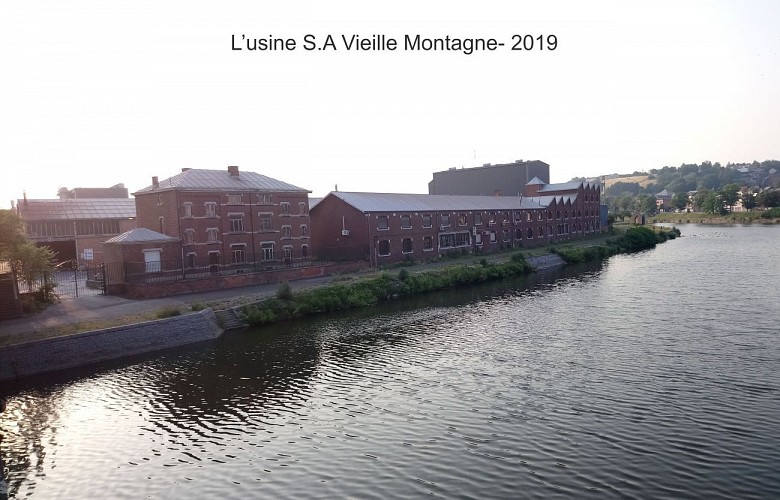 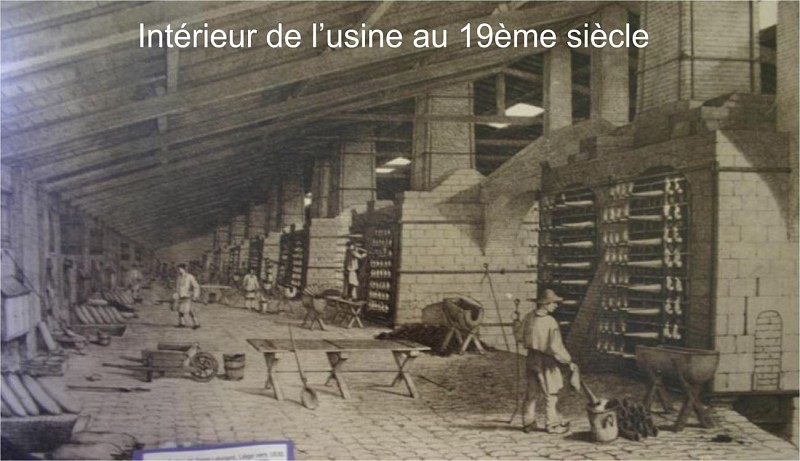 Zinc ores are naturally present in the subsoil of Wallonia and more particularly in Eastern Belgium (Eastern cantons). However, the use of zinc metal was impossible until Jean-Jacques Dony, a chemist from Liège, developed between 1805 and 1809 a technique for extracting zinc metal from ores.

In 1818, A. Mosselman bought JJ's company. Dony's company and expanded by founding S.A Vieille Montagne, the country's only zinc producer, with three sites - including Angleur - producing a total of 1,833 tons.

At this smelter, zinc from Belgian mines is processed into zinc ingots, which are then rolled at Tilff.

During the twentieth century, the Old Mountain was weakened by two world wars, various economic crises and growing competition from other companies. Nevertheless, the company remained the leading European producer in the zinc industry for decades. In 1989 it merged with other companies to become ACEC-Union Minière. It became Umicore in 2001.
The Angleur site is now a nature reserve as it is home to a special ecosystem due to its very high zinc concentration.

Today, there is still an important zinc smelter in Belgium at Balen (Nyrstar - a subsidiary of Vieille Montagne). This plant produces zinc ingots from ores from all over the world. The process is explained in the video below.

Sources :
- Brion, René and Moreau, Jean-Louis. From the mine to Mars: the genesis of Umicore. Tielt: Lannoo editions, 2006.