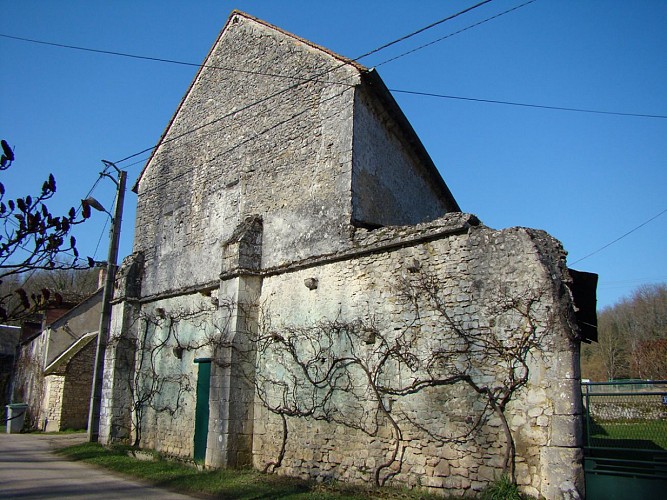 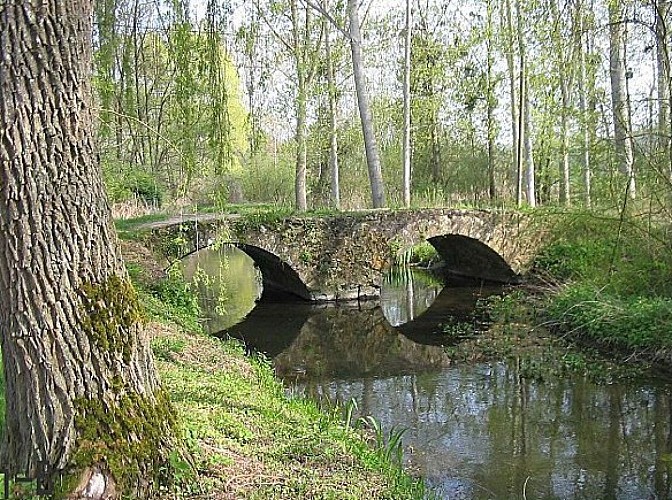 Here is a facade of a monastery of women which enjoyed a great reputation and which had the privilege of receiving the queens of France.
You will discover it during your hike "Circuit d'Emeraude" or if you prefer cycling with the medieval loop of the EV3.
Located opposite this facade, the pretty Ponfrault bridge probably dating from the 11th century.

The little story!
In the 11th century Thomas Becket stayed in Pontfrault and consecrated the church, undoubtedly newly rebuilt. It was in the 12th century that it turned into a leper colony. From the diagnosis of the disease then begins for the leper, obedience to the rules that will govern each moment of his sometimes long life, the only way out will be the small adjoining cemetery.