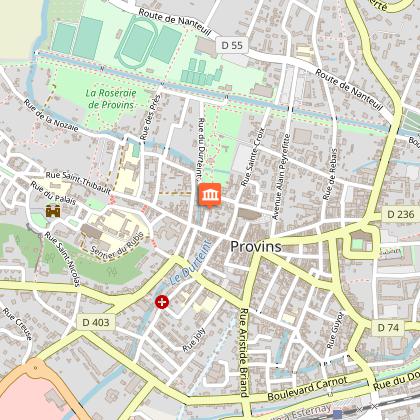 Victor Garnier, a very successful local industrial, who made his fortune in Paris, bought a property in 1848 in the lower part of the city. There he created an irregular garden in the English style.
After his death the city received this property as heritage in order to open it to the public. This garden covering 8000 m2 is a privileged witness of the landscape art of the 19th century offering flower beds, tree combinations with unusual species (copper beech trees, catalpa trees, royal ginkgo…), a great variety of flowers and many garden sculptures.
At the end of the 19th century, some interesting remaining of former monuments have been given to the garden completing it romantic aspect.