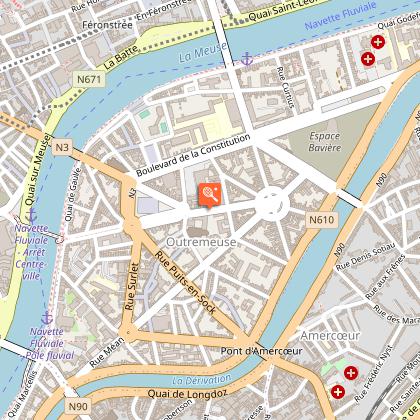 "The district was relatively new and mostly populated
by minor civil servants, employees, a few annuitants, and even,
the pride of Rue Pasteur, a magistrate, as well as, opposite him, the first
violin from the Royal Theatre. It was in this street that I made my first steps and that
I encountered my first friends."
[Georges Simenon, Les Libertés qu’il nous reste, 1980].