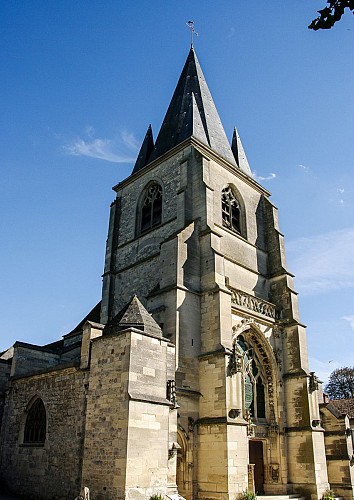 Rebuilt in the twelfth century on a church dating from the eighth century, it is Romanesque for the central part. It was the subject of an extension of the Gothic style in the fifteenth century. It was largely restored after the First World War. She has a baptistery and an Art Nouveau pulpit. Note two details: the snail on the front, symbol of the esoteric way of the Companions and the angel with the Smile, nod to that of the Cathedral of Reims. The church was listed in the Inventory of Historical Monuments in 1921. Around the church was the first cemetery that was later moved to Flodoard Square.