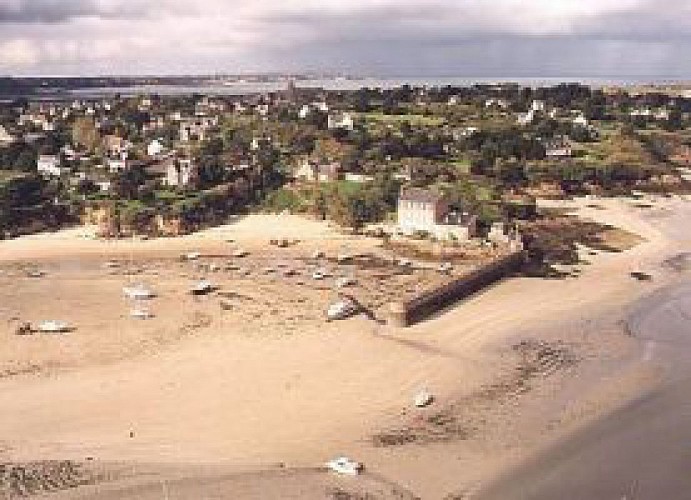 The maritime countryside of Saint-Jacut-de-la-Mer

Now a peninsula, Saint Jacut used to be, originally, an island linked to the mainland by a sand bank threatened by tempests. Since the 5th century, when Our Lady of Landouar abbey was created (after the other name of the peninsula), its inhabitants have kept their particularities unique to islanders, in their ways, habits or architecture.
Indeed, for a very long time, the Jaguens didn't mix much with their neighbours. They even keep a unique dialect, from Gallo, le Jégui, still in use barely fifty years ago. Paul Sébillot, famous storyteller, tells lots of this singular population's adventures. The life of the island will long be based on the fishing of mackerels, which busied all men from March to October. The valourous women were not left out. They worked in the fields, watched over the children, sold the fish and had the task of bringing back bait for their husbands to fish with. An often meagre catch and an hard life.
Today, the fishes are not the one punctuating the Jaguens' life, but holiday-makers, ever more numerous, attracted to this peninsula so authentic. Therefore, we propose you briefly discover this busy village. At the beginning of the 5th century, Breton, who then lived in today's Great-Britain, were driven out by a barbaric people: the Saxons. Theses Bretons, who were Celts, took refuge with their "cousins" from Armorica. Amongst this refugees, a couple, Fragan and Gwenn, came to live in the area (Ploufragan). They had a daughter (Clervie) and three sons (Guetenoc, Guénolé and Jacut). Said Jacut settled in Landoac (first name of Saint Jacut) which he evangelised around 480 AD and founded a monastery (on the grounds of the current abbey). Jacut died during the first half of the 6th century.

(The suggested circuits are given as an indication and do not take into account the possible terrain or environment evolution. The users’ personal responsibility is engaged by the use of these circuits, the office de tourisme disengages itself from any responsibility regarding the use of the maps and possible accidents that may occur on the proposed itinerary.) 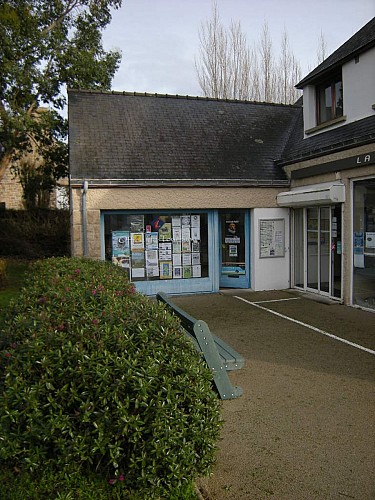 The Office de Tourisme (Tourist Board) takes the time to offer you...Read more 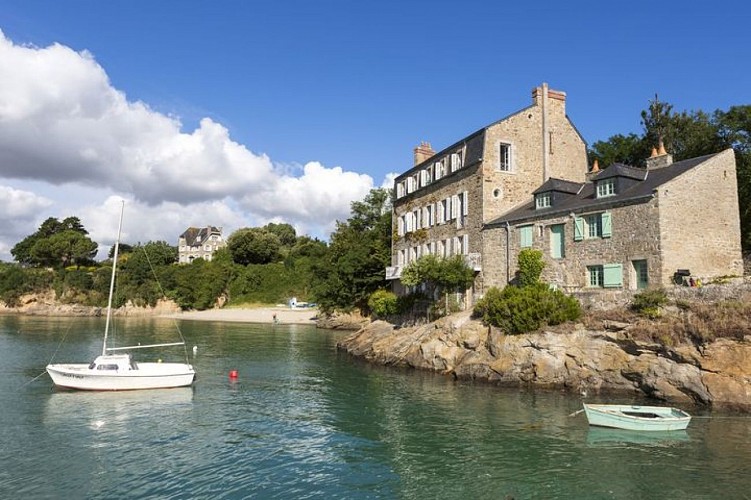 When in rue du Châtelet, (the Office de tourisme is 150m farther...Read more 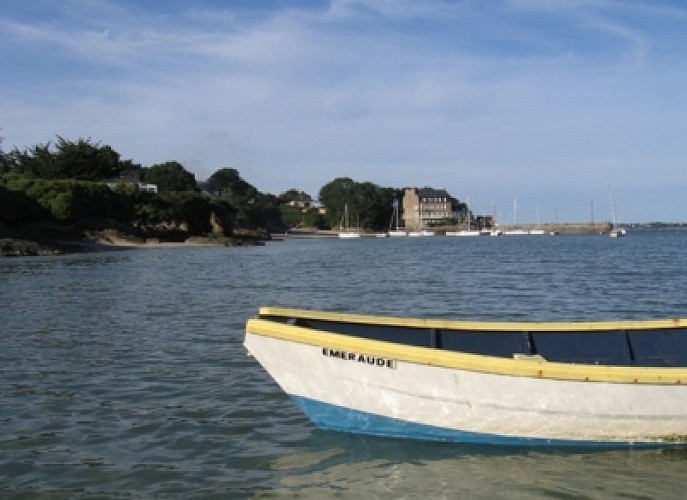 One of the Jaguens' favourite beaches during winter since it is protected...Read more

Walk past the camping site and take the path through the dune above...Read more 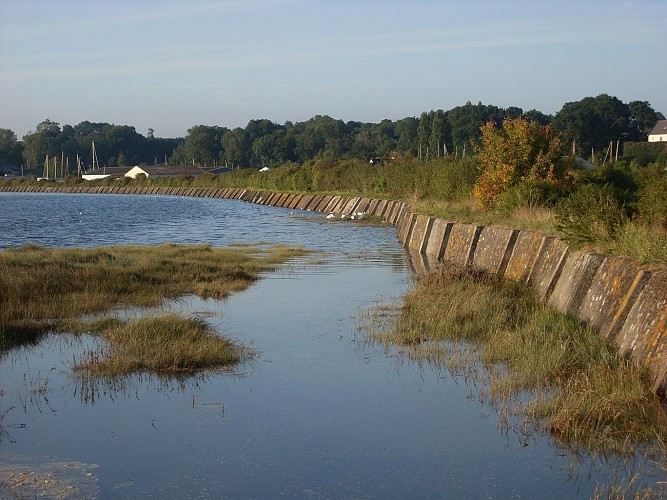 Probably started in the 11th century and erected by the monks of the...Read more 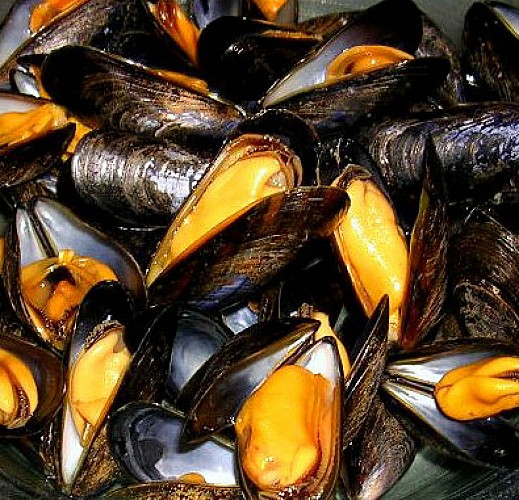 In this gained over the sea area, the Zone Artisanale set itself. Most...Read more 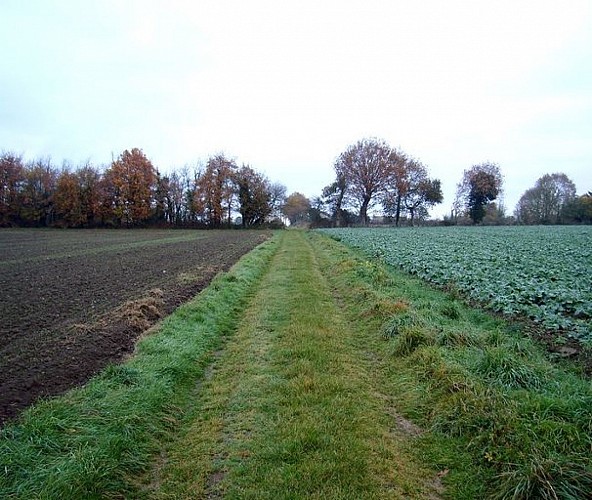 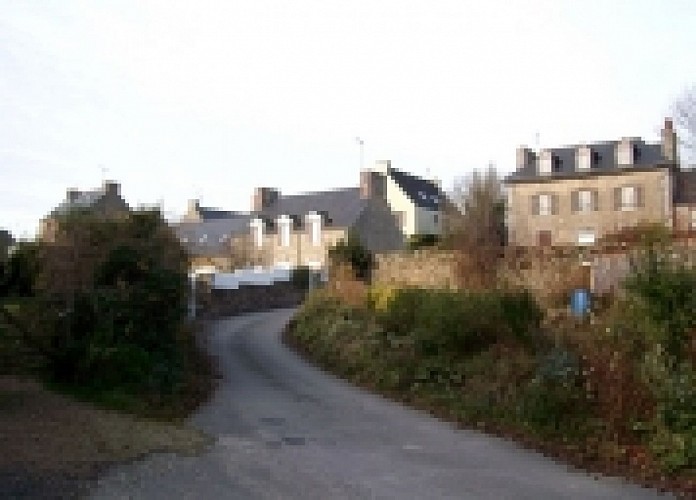 Biord village and its hillock

Biord village and its hillock

The name comes from "buor", a cattle pen in old Breton. From its top,...Read more 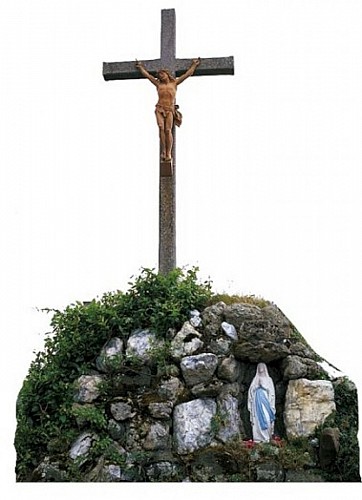 Cross of the cimetières neufs

Cross of the cimetières neufs 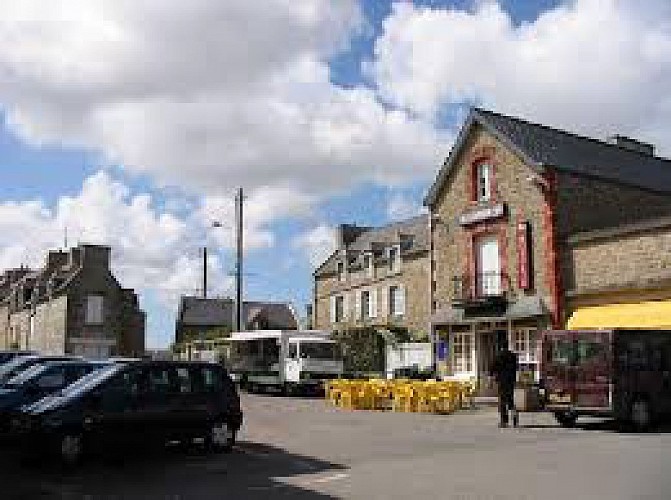 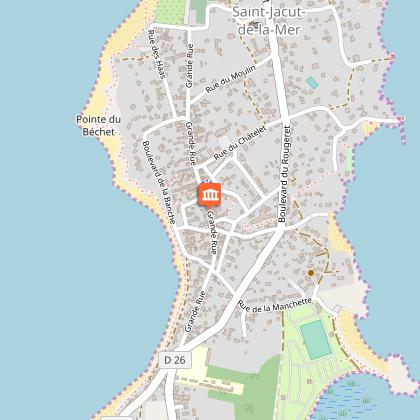 The Grande Rue (Main Street) was the only road named rue for a long...Read more