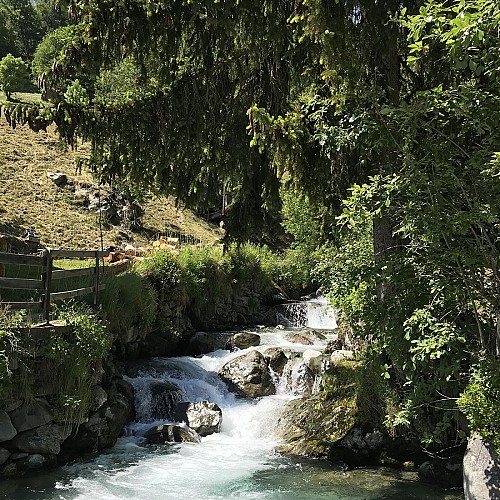 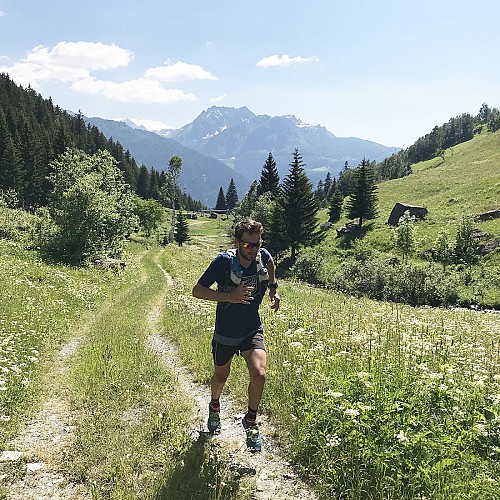 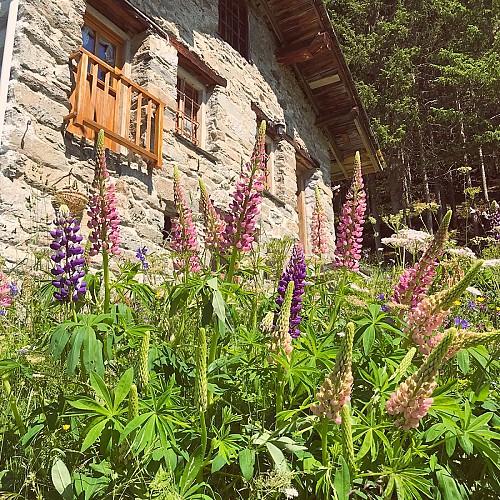 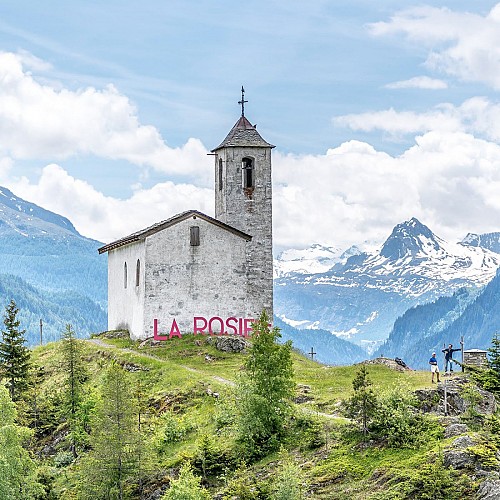 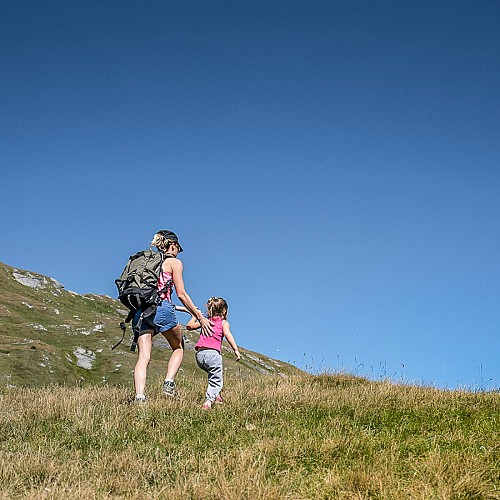 Montvalezan’s gradient and high altitude used to make life fairly hard for the locals. To counter the effect of the sloping landscape and the long, cold winters, the commune’s population would use the layered growth of the vegetation and grass to their advantage. Each family owned three or four houses, built at different altitudes between Montvalezan village (at an altitude of 1150m) and the high altitude hamlets in the pastures around La Rosière and Les Eucherts (1850m). The families moved around according to their stocks of hay and the growth of the grass. In winter, they lived in houses lower down the mountain, and then gradually moved up the mountain as the seasons progressed. Families who owned high mountain pastures would spend the summer up on the mountain. Those who did not own their own pastures would make use of the communal pastures, situated above Les Eucherts and La Rosière (where the ski slopes are during the winter). During the day, the farmers would bring their cows together in one big herd and take them up to roam the communal pastures, and every evening the cows were taken back to each separate farmer to be milked. The milk was then made into “tomme de ménage”, a cheese which is now known as Tomme de Savoie. In summer, the women carried out the work in the alpine pastures, while the men headed down the mountain to make hay for the winter. In winter, the families moved back down the mountain, leaving the hamlets in Les Eucherts and La Rosière unoccupied for several months. These traditional farming methods continued right up until the 1960s and 1970s, when agricultural machinery started to evolve and La Rosière’s ski resort was developed.

From Les Eucherts village, head towards Putétruit and Plan Pigeux. Go through the Plan de l’Arc and follow the track down. Keep going down the track until you reach the river. Cross the Torrent des Moulins. Go past the EDF water supply point and continue down the path towards Le Vaz. Leave the path and go down the trail on your right. Follow the trail until you reach the bridge crossing the Piche waterfall. Take the track towards Le Vaz. When you reach the water trough in Le Vaz, go along the path to your right. Go up towards the La Planche bridge and cross the Torrent des Moulins river. Head up towards Les Eucherts and Le Devanchaz. Follow the path up then turn right at Roche Raymond. Take care not to confuse the marked pathways with the farm tracks across the fields. Just above Les Tronchets, you will get to the Chemin des Foins or The Hay Trail. Keep going up towards the chalets in Le Devanchaz. Further on you will come out onto the road in Les Eucherts village.