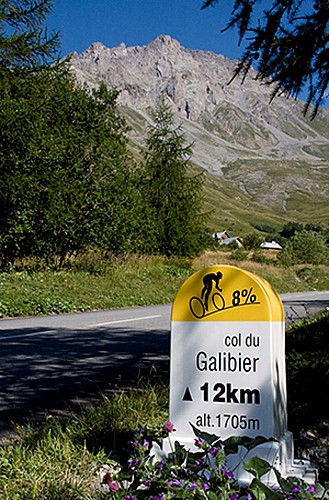 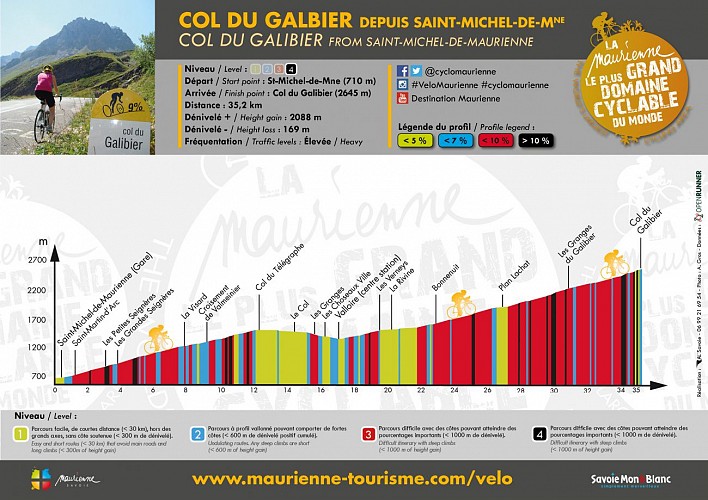 A legendary Col that every cyclo-climber in Europe dreams of doing. Even if you only do the second part of the climb, starting from Valloire, you will have the same breathtaking views of the Vanoise and Ecrins National Parks from the summit!
Lovers of mountain cycling, the Galibier is a myth ... It links Maurienne valley and Briançon area, it's also the link between the northern and the southern Alps. The Galibier tunnel, closed since 1976, reopened in 2002. It allows an opening earlier and closing later. Now it is accessible to trucks over 15 tons. At Col du Telegraph, a first stop allows you to discover the view from the fort. This trail is limited mileage. 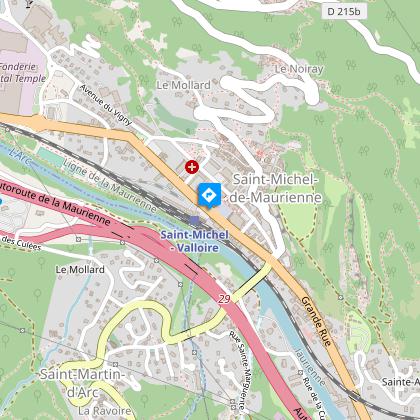 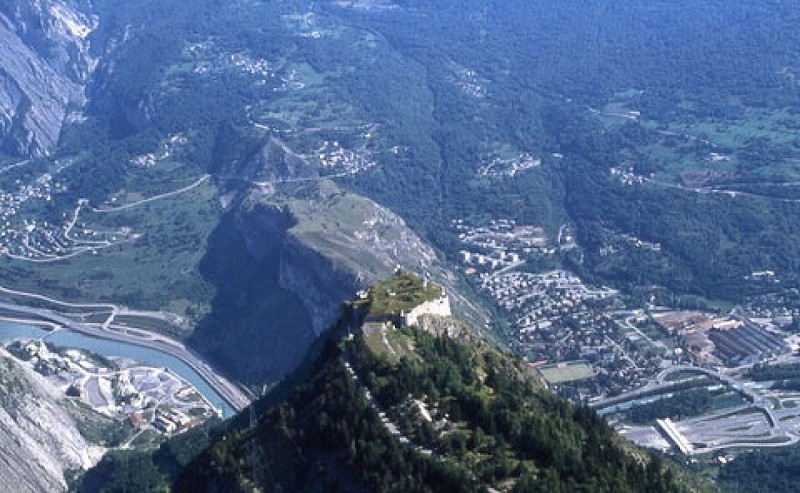 Located a short distance from the pass at an altitude of 1570 m, above...Read more 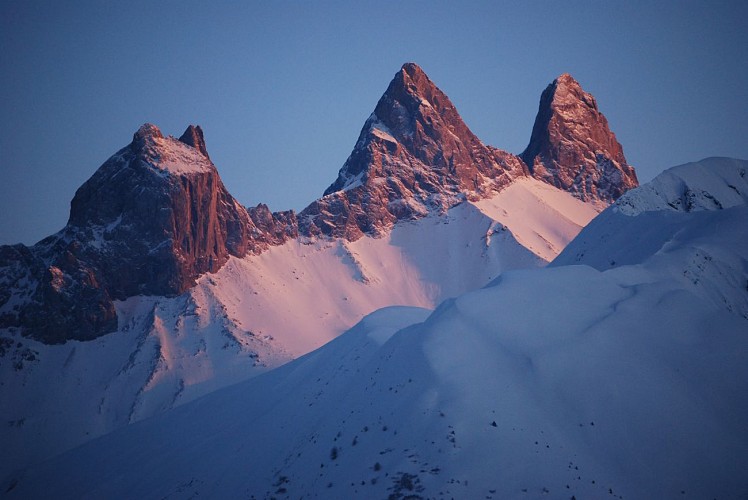 An emblematic silhouette in Maurienne. The Aiguilles d'Arves...Read more 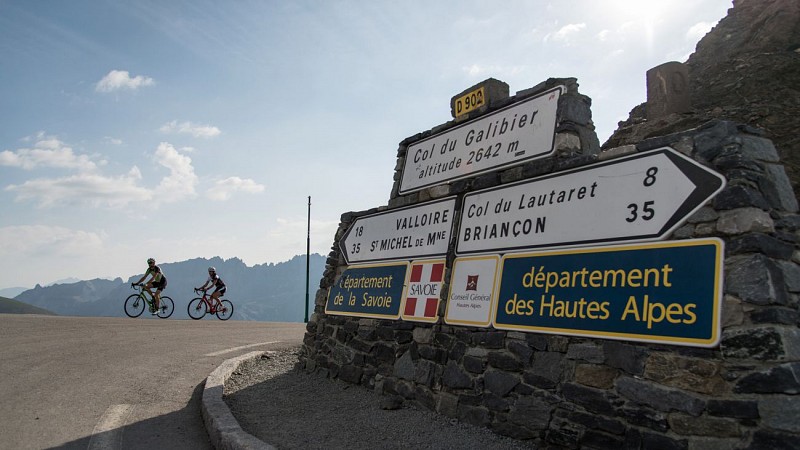 Culminating at an altitude of 2642m, the Col du Galibier connects...Read more 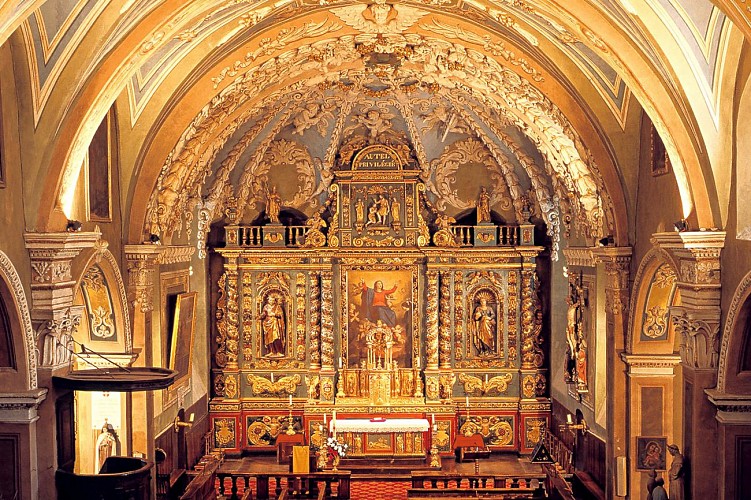 Typical of the 17th century baroque art in Savoy, this church was...Read more