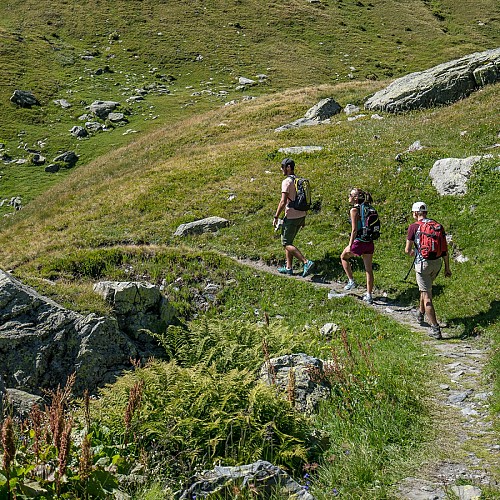 A hike through varied terrain at high altitude with the option of turning off towards the Lac de Retour. Start: the old schoolhouse in Le Châtelard. Competent hikers.
WILDLIFE

Hunting chamois or stags is not an activity for the faint-hearted. These beasts show astounding agility as they hurtle through the undergrowth and rocky scree. At the turn of the century, a chamois-hunter's kit was really something to see. They wore an impressive amount of equipment to go and track these beasts in their rocky habitat, almost as much as you would need to embark on a long expedition. Nowadays, chamois hunting is still very dangerous, but today's huntsmen have to respect the strict hunting rules in place. They are only allowed to hunt one type of animal (with regard to its age, sex, etc.) and must follow hunting guidelines, which are established by the hunting authorities according to population studies carried out before the season starts. The hunting rules and regulations have several aims: the first is to preserve endangered species, such as the black grouse or the mountain hare. The second is to stabilise numbers, which helps to limit the damage caused to the area and to avoid epidemics within the species. Every autumn, when the population count has been carried out, the huntsmen in Montvalezan are granted permission to cull a certain number of chamois, stags, does and roe deer. There are no restrictions in place with regard to wild boar. Wild animals can often be spotted in the areas around the marked pathways. Have a pair of binoculars handy to observe black grouse, golden eagles, bearded vultures, mountain hares and marmots, which have made their home in the grassland above La Rosière.

Go through Le Châtelard village. Go past the former school and head towards Le Vaz. When you get to Le Vaz, head up the forest trail towards La Roche. Follow the signs for La Roche. After the junction, go left and follow the trail which winds up through the forest, getting steeper and steeper as you climb. When you get to the clearing at La Roche, follow the path which passes behind the chalet and goes steeply up in the forest. At the next junction, turn left. Once you come out into the meadow, keep going up until you reach the sign saying "Alt. 2086m", then go straight on. Walk around the side of the mountain and go down slightly until you reach the "Vallon du Piche" sign. Follow the winding trail until you reach the Lac du Retour. When you get to the Lac du Retour, go up towards the Passage du Retour. Turn left and head down the steep winding path towards Plan Pigeux. When you reach Plan Pigeux, turn left down the track towards Le Vaz. Go through Le Vaz and cross the bridge over the Torrent des Moulins. Keep going down the track until you reach Le Châtelard. 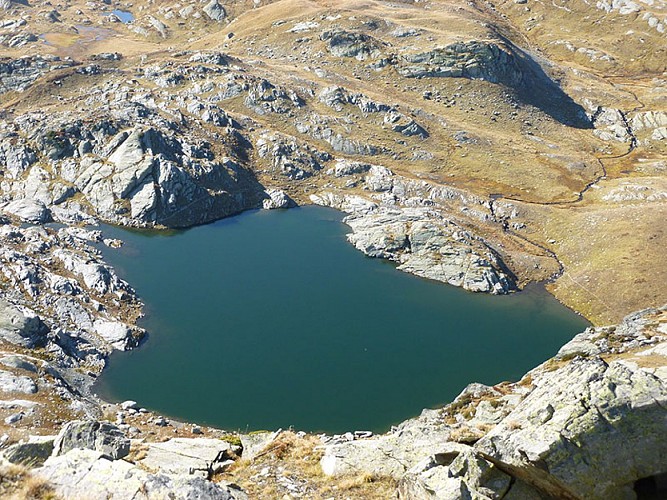