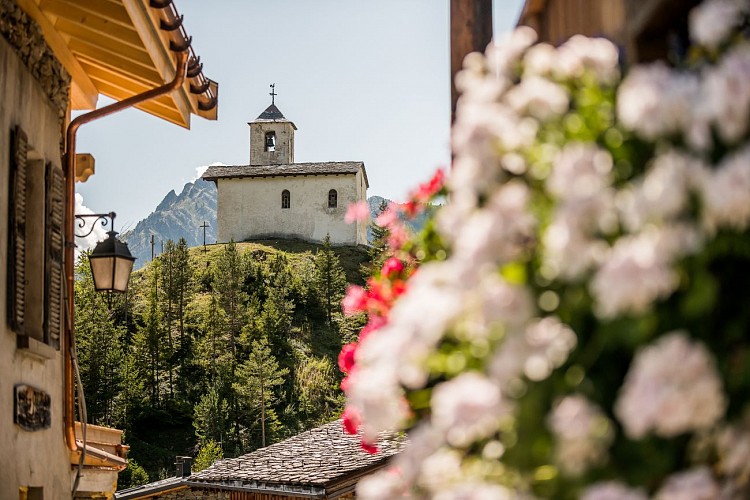 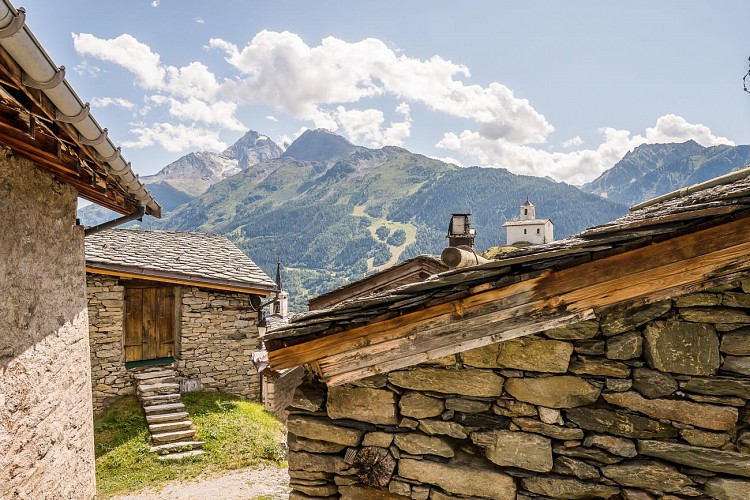 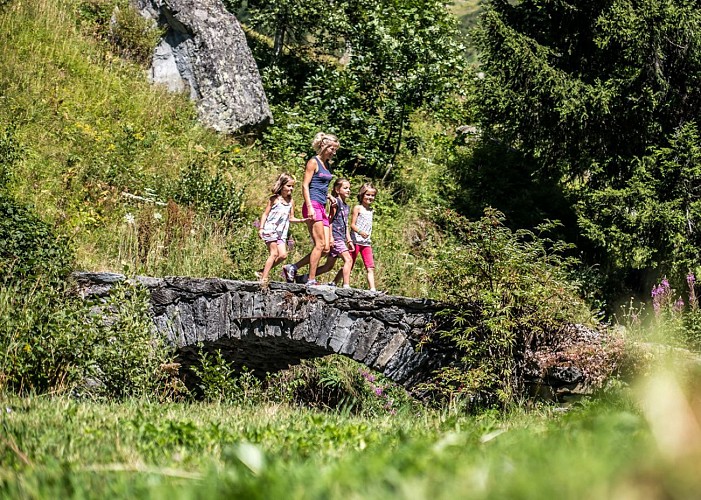 Before, there were 4 schools for the children living in Montvalezan’s 30 hamlets and villages. Start: Montvalezan village. Easy.
MONTVALEZAN'S SCHOOLS

A village's children are a reflection of village life and community.
At the beginning of the 20th century, Montvalezan had four schools for just 500 inhabitants: in Montvalezan village, Le Crêt, Le Châtelard and Les Laix. Each school had just one class, which had around thirty pupils. Over the school year, the children moved from school to school as their family moved up or down the mountain, according to the stock of hay stored to feed their herd. The children had to walk for up to an hour a day to get from their home to school, the furthest being the boys who went to school in Le Crêt.
The 1970s were a pivotal time for the area. Traditional pastoral agriculture was modernised and La Rosière as a ski resort began to develop. The population began to settle, no longer moving around according to the seasons. In 1973, a school opened in La Rosière. For the next few years the schoolchildren were divided between the school in La Rosière and the school in Le Châtelard. In 1995, the hundred-year-old school in Le Châtelard was closed and a new school was opened in Le Chantel. Today, the younger children go to school in La Rosière and the older ones go to Le Chantel. The population has grown, and in 2009 Montvalezan had a total of 661 inhabitants with 65 children attending the two schools, a number which increases during the winter season.

Starting off at the Town Hall in Montvalezan village, walk down the road past the church. Follow the road until you reach the sign for "Les Rouges", then take the pathway up to the right. At Le Solliet, walk between the houses and the chapel. Climb up to the road then turn right. After 70m, take the path leading up to the left, through the undergrowth. When you reach Les Laix, follow the road until you reach the Saint Roch chapel and then turn left. At the water trough, turn right up the pathway to Le Pré du Four. Once you reach the village, walk past the water trough and turn left after the first house. Cross the road and take the path on the opposite side of the road. In Hauteville, walk behind the first house and past the chapel, then take the first path leading downhill. When you reach La Combaz, follow the lane which leads to the road. At the crossroads, take the path across the road, then at the sign for "Chamousse" turn right and follow the path around the edge of the field. When you reach Le Châtelard, head towards the Saint Michel chapel. At the foot of the hill go down the path to the left. When you get to Le Villaret, cross the road and continue down the path, past the Saint André and Notre Dame de Liesse chapels. Go through Le Crey. At Les Perrières the path crosses the road twice, then carries on down towards Montvalezan village. 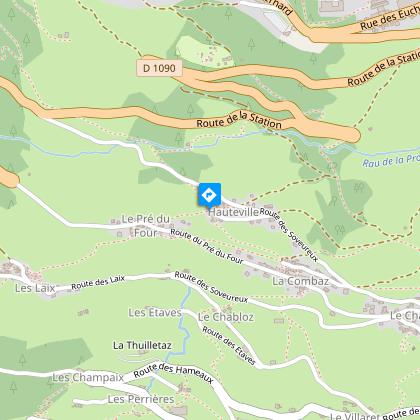 Chapel dedicated to Saint Anne dating back to 1831, located in Hauteville...Read more 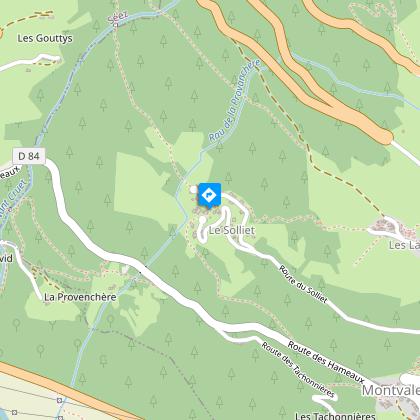 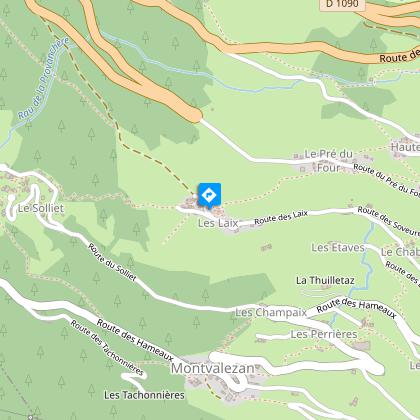 Chapel dedicated to Saint Roch dating back to 1831, located in Les...Read more 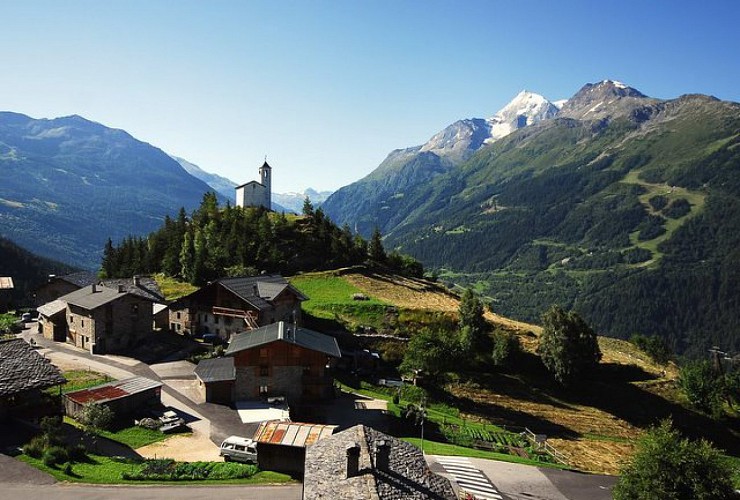 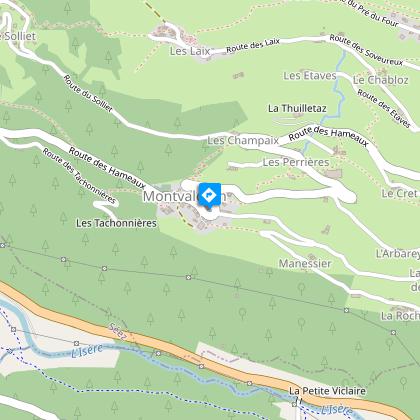 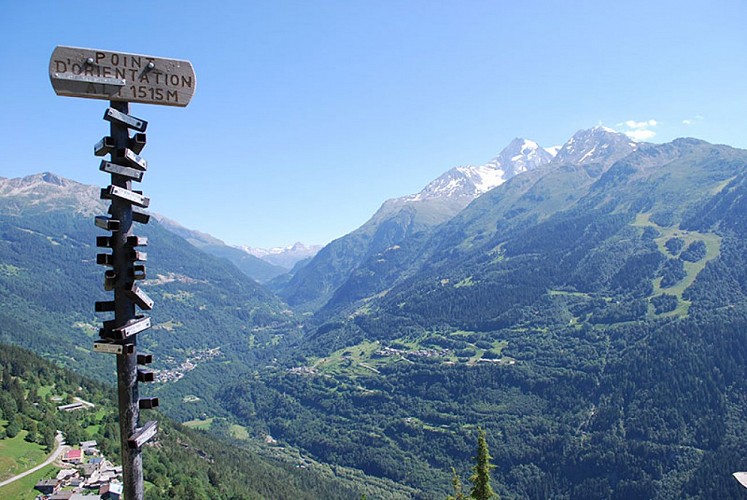 5 km from La Rosière, the viewing area by the Saint Michel Chapel...Read more