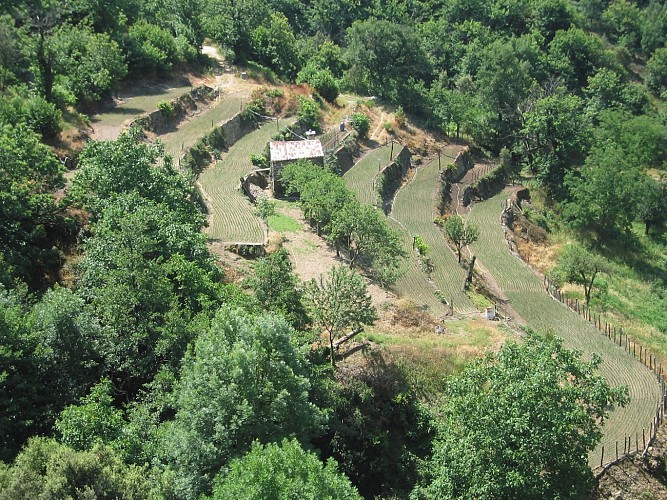 A walk between the drystone terraces and walls in the zone famous for the sweet Cevennes onion.

A network of around 220 km of trails and paths has been created and signposted. A map guide including this walk above with 31 other additional suggestions for commented circuits, it is available in shops and tourist office of Ganges Sud Cévennes. (price : 5 €). 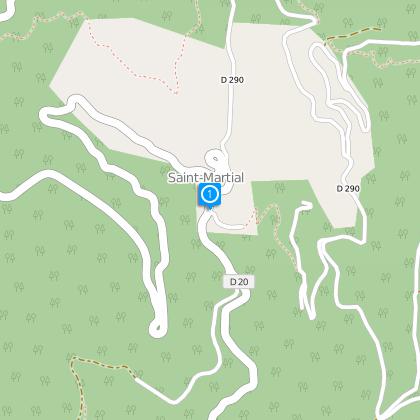 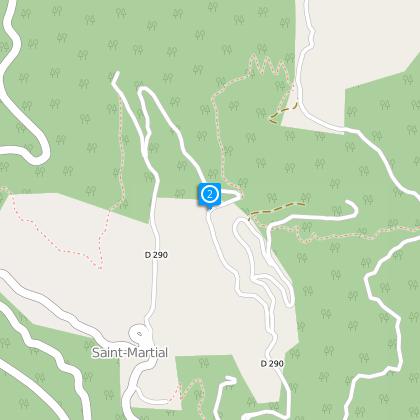 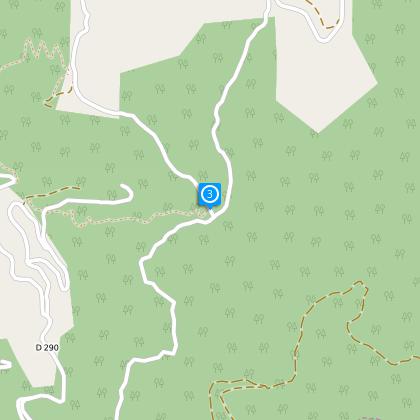 - The 12th century Romanesque church, fortified during the Hundred Years War.
- Terraces, or side paths and their dry-stone walls.
- The crosses which show the inhabitants’ attachment to the Catholic religion.
- Traditional housing in the hamlets of the Cevennes.
- The different views over the valley and hamlets.
- The Pompidou sheepfold which used to house the migrating flocks.