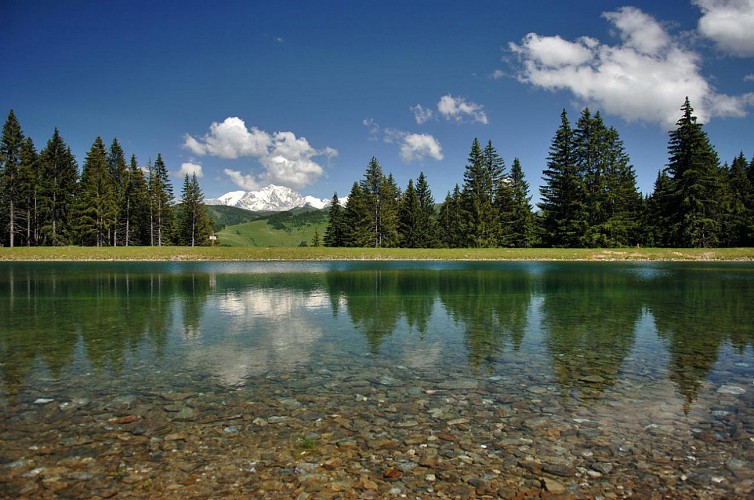 Pleasant walk that allows you to discover the landscapes surrounding Crest-Voland and to reach Mont Lachat, with its panoramic view over Mont Blanc. It is possible to get to Mont Lachat using the Logère chairlift.

TO SEE :
As you go up you will have crossed through alpine pastureland. Farming is still very much part of village life. The cows, mostly Abondances or Tarines, provide milk which is destined to make Reblochon cheese and to a lesser degree, Beaufort. Close to the alpine farms, there is a small building ("le Frédier") which was built next to the stream so that the farmers could keep the milk that they got in the evening cool, pending collection by the cooperative dairy.

INTERESTING FACT :
Winter sports in Crest-Voland officially began in the 1930s. Around 1937, the first sports shop opened its doors. They made skis. The first drag lift appeared later, in 1951. 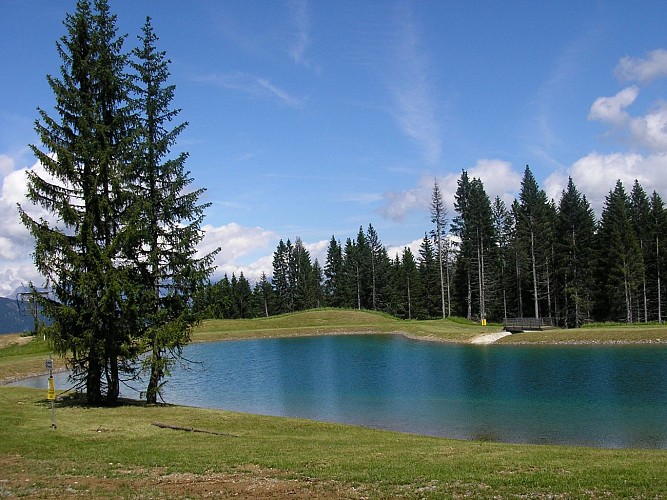 A stretch of water at the top of Mont-Lachat (no bathing allowed)....Read more 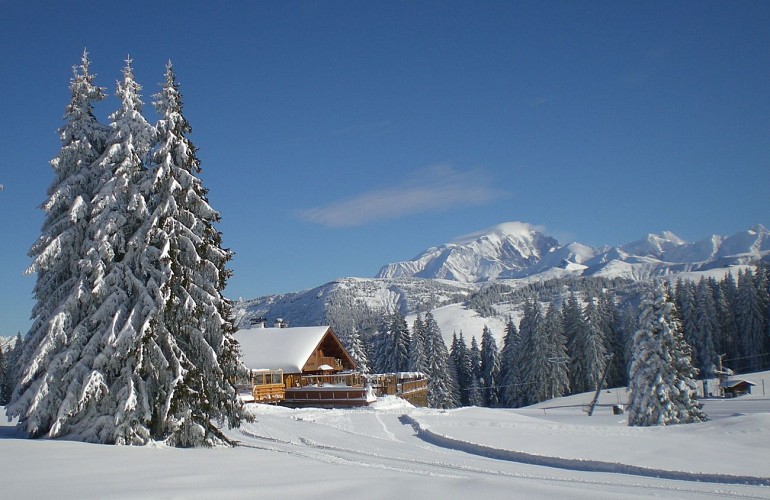 Bar/restaurant at an altitude of 1650m. Authentic cuisine as a nod...Read more Loop with 360 ° panorama, with breathtaking view of Mont-Blanc!The...Read more Round trip in the forest by the track along the regional nature reserve from...Read more